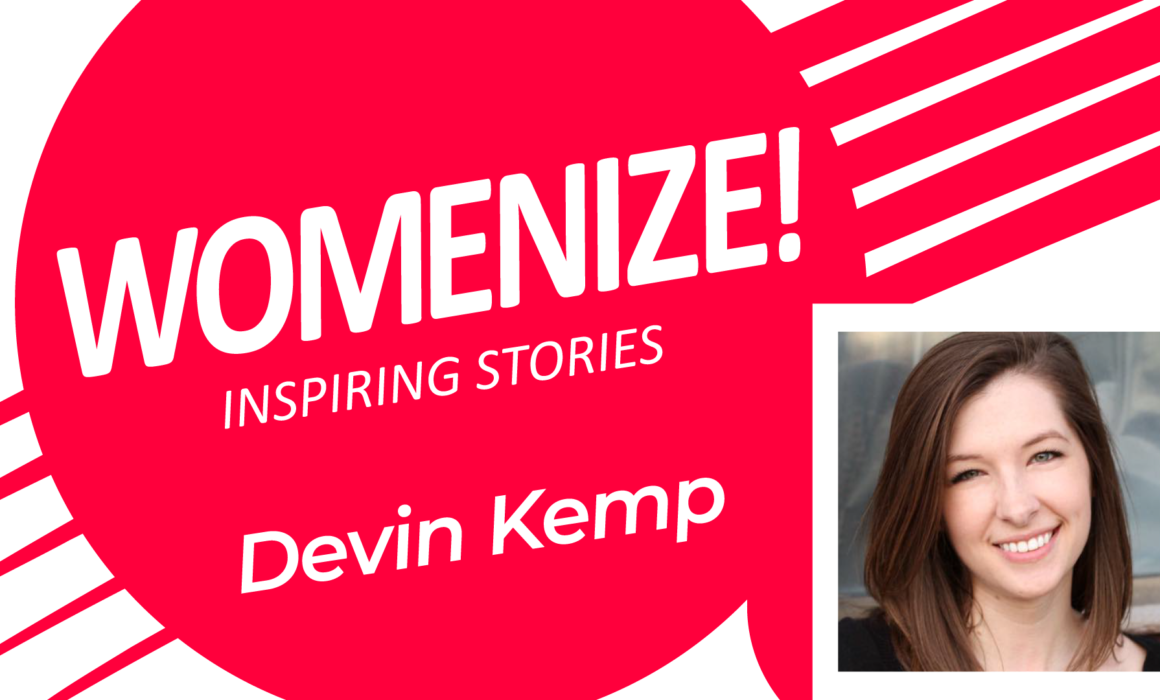 Womenize! – Inspiring Stories is our weekly series featuring inspirational women from games and tech. For this edition we talked to Devin Kemp, Opera Singer and Twitch Streamer. Read more about Devin in this interview:

Hi Devin, thanks for taking the time to talk to us! You’re an opera singer who also regularly streams Let’s Plays on Twitch and Facebook. How did this extraordinary combination come about?

Of course! It’s my pleasure to talk about my story and experience. I think my training in music began before I can even remember. My mother is a musician as well, and music was always something we had in our house growing up. By the time I was old enough to choose a University, it was only logical I would specialize in music.

Another thing that was also a big part of my childhood, was video games, specifically Nintendo games. As I got older, I continued to play games as my way to relax and unwind from the pressures of studying opera and then auditioning and performing opera. It is a very demanding discipline not only on the instrument, the voice, but also mentally. The amount of rejections an artist receives is immense and that can take a toll. So, video games became my “happy place” to unwind and decompress from those demands. The reward of solving a puzzle, beating a boss, or winning a match can help a person cope amazingly well.

Thus, when the pandemic struck and we were faced with the looming reality that live music and gatherings would not be taking place for a very long time, I dove into my games as a way to escape this harsh reality. I did this for a time, until I realized there was a great way to keep the music alive and share the joy I experience from performing even when all doors and theaters were still shut. Streaming started for me as a way to perform again, just making people happy and laughing with them was enough for me at that time.

However, the viewers watching very quickly discovered that I am also a classically trained singer, and their interest was peaked! I was so amazed to find out how much interest people have in opera when it is presented in a digestible and less formidable format. People who have never ever listened to an opera before have come to my streams and enjoyed the music for what it is. They may not understand the language being sung, or the story behind it, but they enjoy the performances and usually come back to see more. This gives me hope, and shows me that opera is an accessible art form to everyone if they are just given the opportunity to experience it! I have hope that perhaps I can help bridge this gap and make this incredible art form more accessible for people everywhere.

What are the most fun and rewarding aspects of streaming video games and what makes your streams special?

I think as I mentioned above, the most rewarding part, for me, is to see people enjoy opera, songs from real operas, and come back to hear them again and again. One of my online friends, who also moderates for the streams, Nicola, has never been to an opera before in her life, but just by watching my streams, she is able to tell me which songs she likes by name!

I have a channel point redemption reward available on my Twitch page. Viewers can redeem points for songs with this reward. When Nicola redeemed this reward, and I asked what she wanted to hear, she quickly responded “I’d like to hear Porgi Amor, by Mozart. That one is my favorite that you sing.” This is amazing to me. Just by watching my streams and interacting and talking about music, Nicola knows that she prefers Mozart and this particular aria from Le Nozze de Figaro, something she may never have been exposed to otherwise.

With the emergence of Covid-19, your career plans got knocked down and you had to adapt to this new situation. What did you learn from this experience?

Through this experience, I learned that pivoting, and doing something different than what you thought you would be doing, is not a bad thing. I had a very specific plan for what I thought I would be doing when I moved to Berlin. What I do now is completely different than what I had originally planned. However, I’m still performing opera, I’m still singing, I’m still making people laugh, cry, and feel genuine emotions; it just looks different than I thought it would. I’ve expressed some sadness for not being able to follow my plan, but upon talking to friends, I’ve realized that I am still doing my plan, it is just different and I am very happy with that. This platform allows me to be so creative and explore different kinds of music, some that I would have been able to before. It also allows me creative freedom to plan concerts and bring together different things that one might not initially think go together. I’ve learned that I have a lot of creative ideas to offer and I have found the platform with which to do so!

Thanks for taking the time to talk to us, Devin!

Devin Kemp will be a guest at the gamesweekberlin PRO X: Career Day! 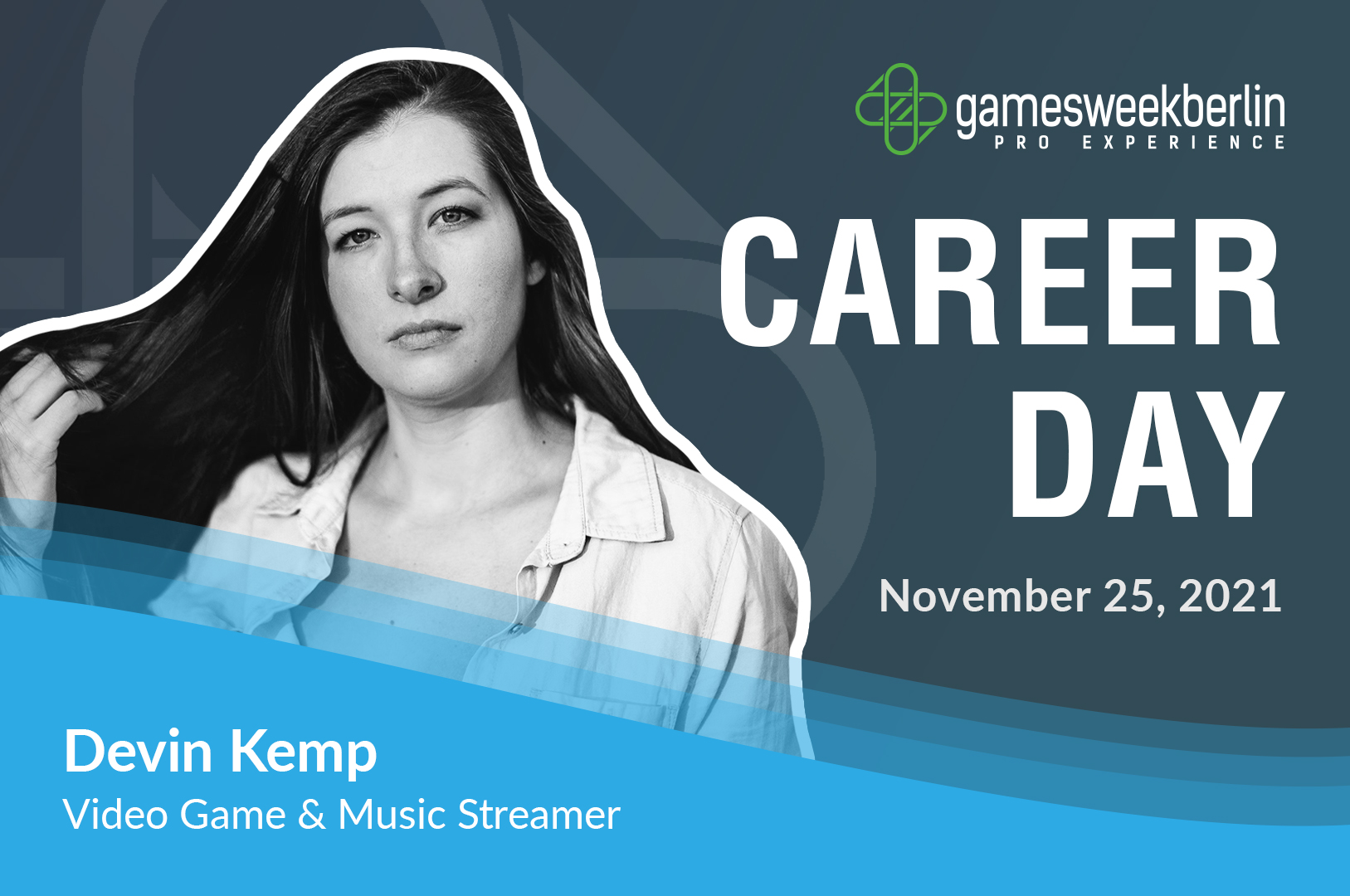