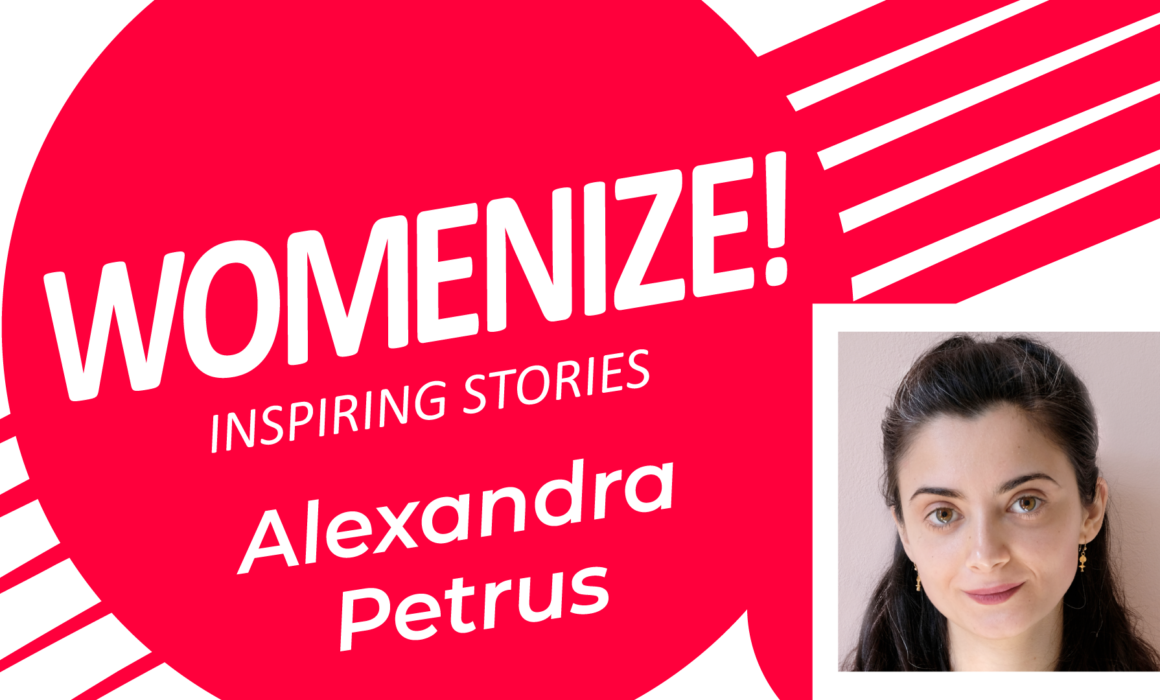 Womenize! – Inspiring Stories is our weekly series featuring inspirational women from games and tech. For this edition we talked to Alexandra Petrus, CEO & Co-Founder of Achtung Autobahn Studios and Program Manager at Cologne Game Lab. Read more about Alexandra in this interview:

I previously studied film directing and had worked in film production, with absolutely no connection to games. At the time I was graduating and figuring out the next step, I was offered to come to CGL for a year to study as an exchange student. I was hesitant at first because I was unfamiliar with game development, but I was also interested in continuing my academic career and curious about dipping my feet into another medium. After all, what was one semester? After some months here I found myself feeling creatively fulfilled in ways I hadn’t previously, and decided to officially transfer to CGL.

Around the end of 2018, I was working on an adventure game called “On and On, We Ran Away” for class with a wonderful team. Once this class was over, we wanted to polish our prototype and submit to festivals. Around this time, we heard about the Incubator program at CGL, and entered it to have access to funding opportunities and advice. The project quickly evolved into something entirely different, which is now about the 1968 student movement in West Germany being developed by the same team with many new members (our company is called Achtung Autobahn Studios). So what was supposed to be four months at CGL is now approaching four years, quite by accident.

You not only know the Cologne Game Lab from a student’s perspective, but you are also program manager for the Game Development & Research Master’s program. Who would you recommend studying at CGL?

CGL is a good option whether you’re a young person with no previous experience or a seasoned game designer looking to gain a more rounded knowledge of games. For the MAGDR program, it’s great because of time flexibility, so you can continue your career, and it provides a crash course for those like me who came from a different discipline. The emphasis on academia creates a great opportunity for students to gain a more sophisticated understanding and critical eye for games and media in general.

Thanks for your time, Alexandra!