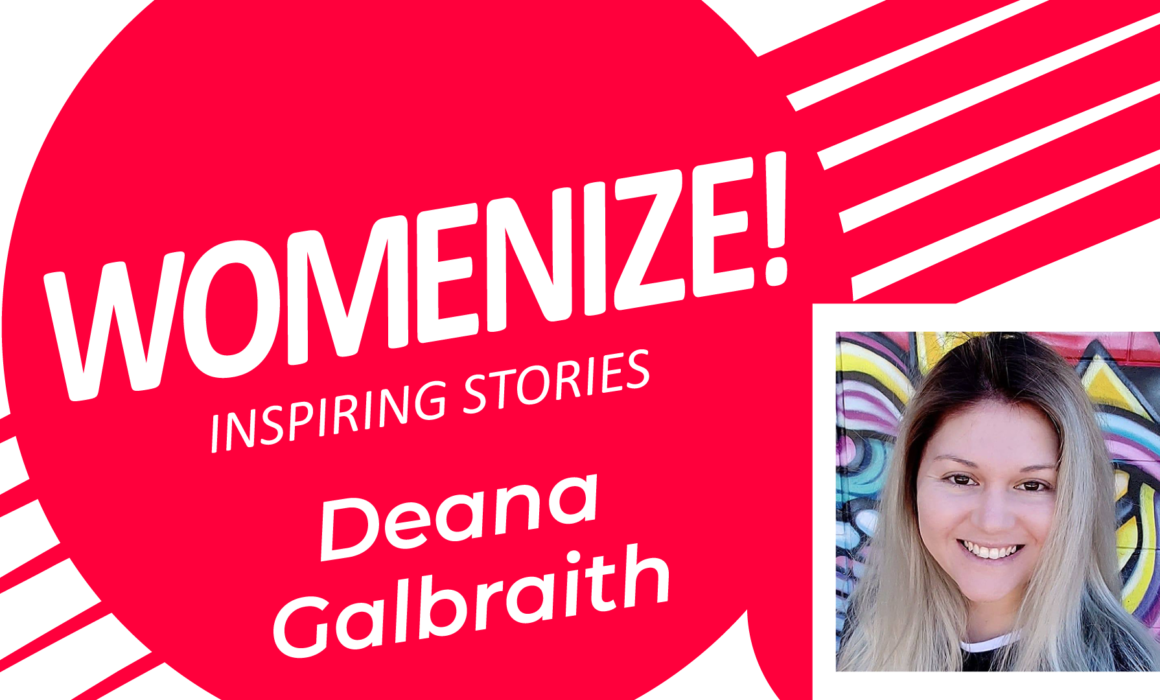 Womenize! – Inspiring Stories is our weekly series featuring inspirational women from games and tech. For this edition we talked to Deana Galbraith, Founder and Creative Director of Captilight. Read more about Deana in this interview:

Hi Deana! You’ve come a long way and even founded your own studio now, but how did you originally get started in the gaming industry?

I kinda had two careers going at once within design and marketing, haha! As I was attending university, I started freelancing for a gaming website doing web content, and few months afterwards volunteering at a local startup doing interaction design and marketing. Upon graduation, I was hired part-time at the startup. At the same time, the company I was freelancing with was opening a game publishing department and wanted me to lead the efforts in that. I’ve been working with them since and trying to learn everything I can! The startup works out of a co-working space and I’ve had the chance to meet a ton of indie devs/startups and learn a lot about UX/UI, business development, and more that has helped with the creation of my studio.

What is the inspiration behind your upcoming game “Path of Kami”?

The startup I work with does a lot of AR/VR experiences and I was wanting an outlet for making games. My background is in game design and UX/UI and so I started working a bit on the “Path of Kami” project inspired by games like “Journey”, “Abzu” and “GRIS”. I wanted to go the emotional game design route and did a lot of research on what to consider. Katherine Isbister’s book “How Games Move Us: Emotion by Design” inspired me a lot.

After the initial concept was created, I started sharing it around GDC and my local community. I got positive responses and continued working on it. Around that time I went back to school for my MA and in one of the game design classes finished the initial concept for the game. It’s grown a ton and changed since then but it was an awesome avenue to flesh out and experiment with different concepts. Overall, I want “Path of Kami” to be a relaxing and thoughtful experience about a wolf on a journey to the spirit world while the players learn about his relationship with his mother (the wisp).

Could you tell us a bit about the Girls Make Games program you participated in?

Girls Make Games is a wonderful organization that hosts summer camps, workshops and game jams designed to inspire the next generation of game devs. I initially got involved with one of their summer camps as a unity instructor, they host camps across the world and I was placed in the PlayStation campus in San Mateo, California. Together with other instructors, I got the chance to teach game design and various game engines. The goal was to have the students finish a small game by the end of the camp. When the pandemic hit, events were hosted online and this past summer I had hosted game nights with students participating for a workshop and most recently taught a class for a remote camp.

Thank you for your time, Deana!