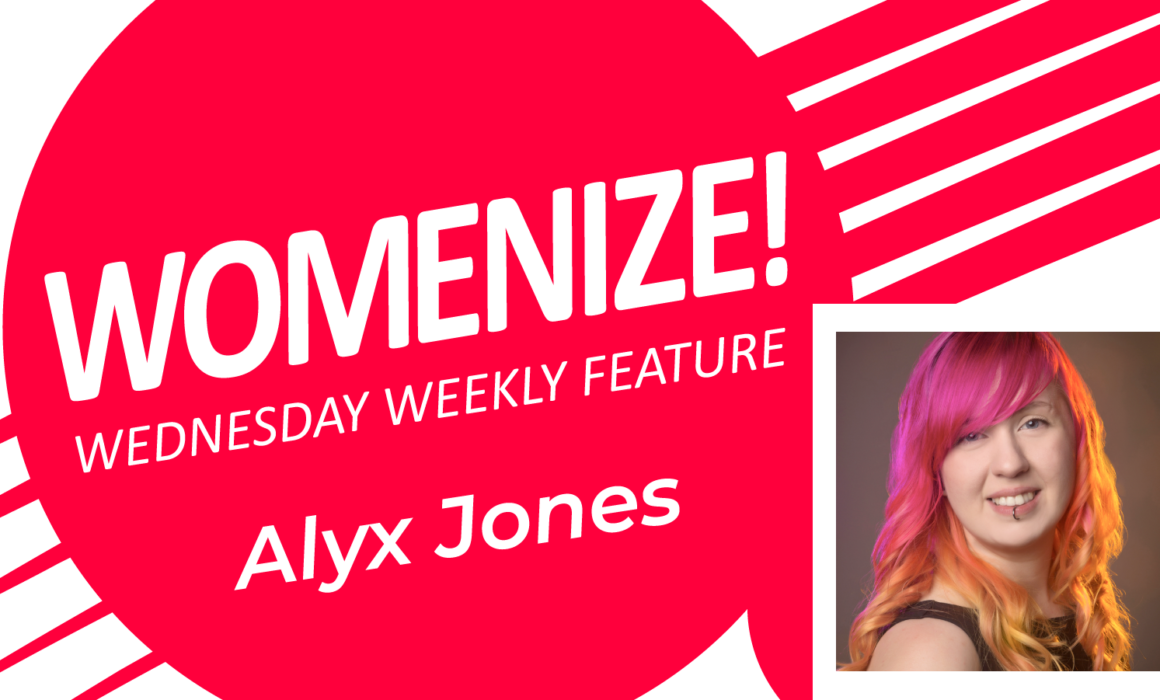 Womenize! Wednesday Weekly is our weekly series featuring inspirational women from games and tech. For this edition we talked to Alyx Jones, Junior Studio Engineer & Dialogue Editor at Liquid Violet. Read more about Alyx in this interview: 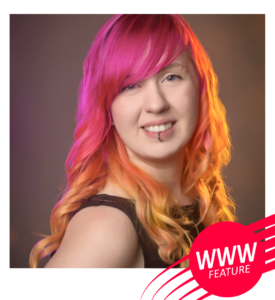 Hi Alyx! Could you give us a little insight into the world of Liquid Violet?

We’re a Voice Production Studio based in Seven Dials, London (and a part of the growing Keywords family). I’ve worked at Liquid Violet for nearly 2 years. I originally came on for a short term contract as a Dialogue Editor to work on localisation for Borderlands 3 but then stayed much longer! In January this year, I briefly started training as a Studio Engineer and recorded my first session on the very last day we were all in the office together. This was before we all moved to work remotely due to Covid-19. Now, my job is a mix of pre-production (preparing scripts for recording in the studio) and plenty of post-production/dialogue editing, more like the job I originally started. It’s been an adjustment for everyone, especially my dog Loki who got very used to being a studio dog and hassling the many voice actors who come through our doors for fuss and belly rubs!

How did you decide to move into the direction of becoming a Junior Studio Engineer & Dialogue Editor?

I was very lucky while I was studying Music Technology at A Level to be able to visit Abbey Road. As part of the visit I got to play guitar in Studio 2 and we were also shown around the control room. There were all these pictures down the hall of various scores recorded there, and for me the most exciting was “The Lord of the Rings”, that our engineer also worked on, and that I was also a huge fan of as a teenager. That experience really solidified my vision of what I wanted for my future career. I didn’t know exactly where it would take me, because although I played a lot of video games at the time, it still hadn’t occurred to me that there were even jobs in game audio I could do.

Fast forward a few years to me studying for a degree in Creative Music Technology at the University of Surrey, I found out that I was in fact surrounded by games companies in Guildford! I started going to conferences about game music, taking part in local game jams and became very interested in audio implementation for games. When I went on to study for my Master’s Degree, I made a small game for my final project and dialogue was a very central part of the storytelling for that.

It definitely is difficult to get an entry level job in the industry and I found myself applying for a lot of jobs as a graduate and struggling to get a response, or with others getting to the final few candidates but never quite making it. I worked as a youth worker for about a year and a half, and ran a music group as part of that, until one of my old lecturers told me about the job going at Liquid Violet. Honestly, even up until that point I probably hadn’t even thought about being a dialogue editor as a job, but equally it had been something I had done without even realising it. I’m just incredibly happy to be able to wake up in the morning and work on a variety of different projects from Borderlands to our latest project for Netflix “Oktoberfest: Beer & Blood”.

What does gaming mean to you personally?

I really live and breathe games. I often hear people in the industry say they don’t play games much or don’t have time anymore, but most of the time I’d rather play something than watch TV or a movie.

One of my memories as a child is my Mum getting a Gameboy to play Tetris on at the hospital, while she went through chemotherapy and although I was a bit young to fully understand, I quite liked to watch her play it or just press the buttons. For my birthday I did then get my own Gameboy with Pokemon Red and I would play the game over and over.

It’s deeper than that, games have an incredible power to help us cope with difficult experiences, whether it’s by playing Tetris to distract you from chemotherapy like my Mum, or whether it’s playing games to understand the grief that follows, like the game “That Dragon Cancer”. They can give us a world to escape to when the current one is too painful or help us connect to others when we’re alone. It’s really unlike any other medium.

Thank you for your time, Alyx!