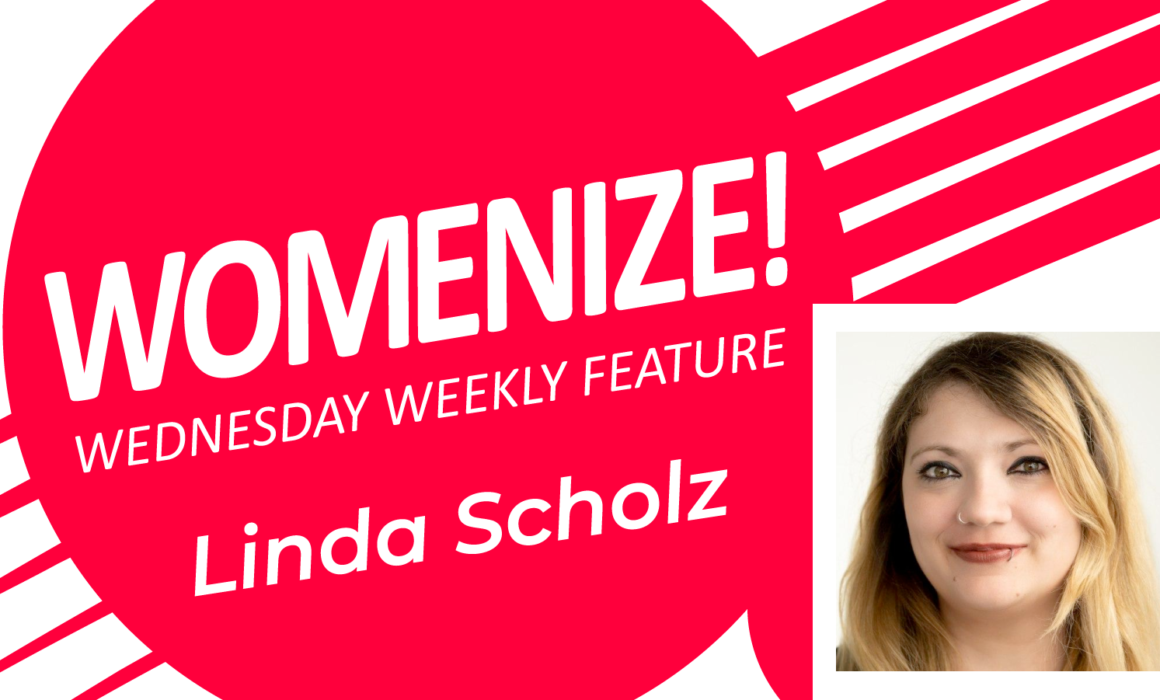 Womenize! Wednesday Weekly is our weekly series featuring inspirational women from games and tech. For this edition we talked to Linda Scholz, Editor and Project Manager at Spieleratgeber-NRW. Read more about Linda in this interview: 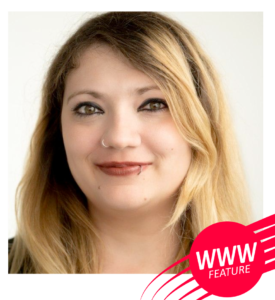 Hi Linda! Your way into your games industry career wasn’t as straightforward as one might think – there were some twists and turns before you ended up where you wanted to be. Can you tell us a bit more about your journey into your current job position?

It was truly a journey. Since I was a child, games had such an impact on me. I played a lot of Amiga, GameBoy and SNES and read many gaming magazines. I also liked to write, so my conclusion was that working as an editor for a gaming magazine must be the coolest job ever. But I thought that this career goal was unattainable, so I decided to do an apprenticeship as a hairdresser after school. But I still was reading a lot of gaming magazines.

After my apprenticeship and with some more life experience, I studied media-culture-science in Cologne, worked in a video-rental store and later for a local TV Broadcast as a student assistant. Then I heard for the first time of the Spieleratgeber-NRW and was asked to test games with kids as a freelancer and write reviews with an educational focus about the fascinating and critical aspects of games. I was very thrilled, but my first text took so long to write, because of my uncertainty about my writing-skills in this pedagogical field. But I got some positive feedback and became more and more self-confident with writing. At the end of my BA, I wanted to gain some experience in editorial work, so I asked for an internship (I thought that wouldn’t be a problem, but found out later that I was really lucky that there wasn’t another intern at this time).

For the next few months, I was asked to stay as a student assistant and – luckily for me – a colleague left to study again. So there was a free position and I was asked again to stay. That was in 2013/2014 and I’m still there. My main task now is to coordinate the other testing groups in North Rhine-Westphalia, all the content on the page, and to do workshops and give speeches about media, cultural and educational topics. Sometimes I think about the hairdresser apprentice, who is reading gaming magazines in her lunch break and then I’m happy that I could combine my passion with my work and am luckily able to empower other people to follow their dreams.

A big part of your work is to explain games to parents and educate them on how to deal with their children’s game consumption. Do a lot of parents still have a negative image or bias towards video games? What do you explain to them to take the fear away from them?

So many parents perceive games either just as toys, a waste of time or even a threat. I think it is very important to understand that games are just as relevant as other media forms, like books or movies. Games connect people of all ages and cultures. Nowadays more and more games feature serious, significant and adult topics in so many different ways. But unlike books or movies, games are characterized by interactivity and involvement. Everyone can slip into so many different and diverse roles and act from various perspectives, to broaden their own horizons. So games are more than just toys and definitely not a waste of time.

But often parents are afraid of the impact of games. So we try to increase a better understanding of the gaming culture for parents and professionals and describe the fascination and passion. It is ok for parents to set up prohibitions and rules, but is necessary to have a closer look to games first. Then they can build their own opinion and evaluation and discuss that with their children on an eye level.

After a big German TV channel quoted you out of context, you had to face a huge wave of hate from gamers on social media. How did you learn to deal with this kind of harassment and which advice would you give to someone who has to experience a similar thing?

That was rough buddy. That shitstorm was a real pain in the ass. But more than anything it was annoying, because it weren’t even my words or my opinion. It was completely out of context and didn’t make sense for anyone who knows me a little bit. So it was amazing to see how many people are very nice, understanding and supportive. But the main part had depicted me as the enemy and the evil person who hates games. I was shocked about the enormous dynamic of the hate posts and insults. Every time a Youtuber or Twitcher thematized me in their streams, my Twitter went wild. I had to set my Facebook and Instagram on private, but I read all of the comments. I don’t know why, but for me it was more uncomfortable not knowing what my friends and family probably will read about me. But I didn’t respond to most of them. Every time I tried, it fired back and I was stuck in a justification loop.

So I realized that the haters didn’t want to understand or admit that I’m not the person they wanted to hate. Sometimes I felt helpless and resigned, but I can’t imagine how it would have been if people hadn’t been there, who supported and defended me. And I never lost hope that they will be bored by themselves someday, because it was a single sentence they were mad about. My advice would be to surround yourself with the people who love you and let all the insults and harassment ricochet off you like water off a duck’s back.

Thanks for sharing your experiences and advice with us, Linda!