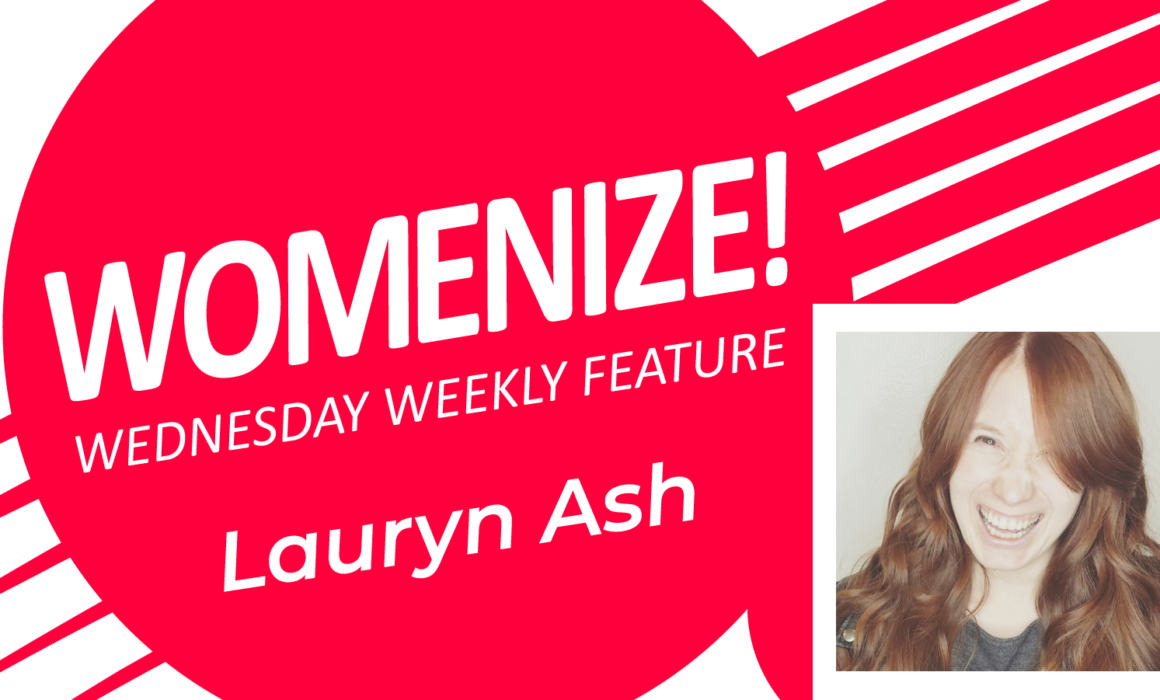 Womenize! Wednesday Weekly is our weekly series featuring inspirational women from games and tech. For this edition we talked to Lauryn Ash, Game Designer at Crystal Dynamics. Read more about Lauryn in this interview: 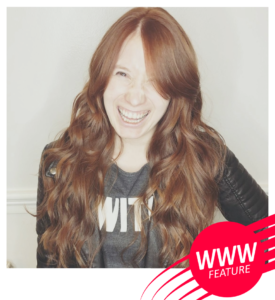 Hi Lauryn! With games such as “Marvel’s Avengers”, “Star Child” and “Dungeon Defenders II” on your resume, you’ve already gained a lot of experience as a Game Designer. Could you tell us a bit more about the journey towards your current job position?

Sure thing! While it seems like a shorter amount of time, I had a lot of non-games work to back up my career. Ever since I was little I remember doing everything I could: piano lessons, band, debate, theatre, dance lessons — I even took clogging once! I never sat still and always pushed myself to learn new things. When I got to university for creative writing, I kept this mentality and volunteered for the non-profit sector of our university, pitched in business competitions, and also did freelance writing and blogging.

It’s the blogging that got me to San Francisco actually, back in 2012. Adobe hired an outside company to contact bloggers to write about their product that would be Creative Cloud Suite, at the time it was CS6. I used this product occasionally, but got to test drive some new features and was flown out to attend a conference about the future of software as a service. This window into the tech world pivoted where I thought I would go (play writing / screen writing) and turned my attention to how creative writing and technology, specifically games, could meet.

Cue a year later, and I’m attending my first animation and gaming convention: EPX Con in Iowa City, IA (city of the University of Iowa). These were real people talking about their stories, and how they started at school, like me, and switched careers, pivoted after successful ones, or started out brand new to get into games. At the time, the game “Journey” was relatively popular as an example of a student team selling a game to a popular publisher, Sony PlayStation.

A lightbulb went off—I played “Journey”, and was blown away. How much writing went into that game without a single spoken word? This is what I wanted readers to feel when they read my work but what if—they didn’t read it? What if, instead, they experienced it for themselves? Was it possible? So I did what all game designers do: they pivot.

I signed up for some online courses and started messing with technical skills such as python and javascript. But I stalled and thought maybe I had made the wrong choice. Having moved back in with my parents and working retail, I wanted a program that was close by and would prepare me for AAA work. I wanted to learn from people who had lived it and jumpstart a career, not just a hobby. Lo and behold, SMU Guildhall, currently #4 in the world for games, was practically around the corner. (It was a sign!! I was meant for games!!)

As part of the Spring admission class, I was able to take that internship at Trendy Ent,  where I studied weapons balance and design. Guildhall mirrored an industry setting very well for the classroom. After graduating with a Masters of Interactive Technology, Playful Corp offered me the chance to work with VR, narrative, mechanics, and level/puzzle design. Having seen my work, Crystal Dynamics offered me a job to work as a systems designer, which I accepted, and now as a Game Designer, which touches on multiple feature sets and team support.

Five years later, and I can’t wait to see what my journey will look like five years from now!

On your website, you frequently post articles educating people on what it’s like to be a woman in the games industry and also share advice on how to support female colleagues in everyday work situations (+ helping us brew the perfect cup of coffee along the way!). What made you start the “being a woman in games” series?

Thanks for sharing these links! The “Being a woman in games” series is very important to me.

Outside of my inner circle of developers, many of whom are women, the internet is filled with his false image of “what a game developer or gamer looks like.” I want to change that image. Sharing my personal experience on instagram and my website is my small part of changing the narrative of who can be a game developer. If I can do it, so can you.

Despite having been in games as long as men, many women are still seen as less experience than their male counterparts. In my career, I’ve seen women gaslighted into thinking they barely qualify to be a lead and others passed on promotion while another developer is hired on to be their lead. For women just getting into the industry, it’s hard to take a stand or be vocal. You are lucky to have your job. Why risk that by crying out for help? For women who have been in the industry, it gets even harder as reputations precede them and the larger successes mean a larger vocal minority to cry against them. To all the women I see taking a stand, speaking up, in spite of all this, cheers to you! You are my inspiration!

That is what I hope to become. Even if it’s a normal work-from-home life post on instagram, a podcast episode, or a post on how to be a better developer, I want others to know that we (women, nonbinary, and other minorities) belong in games. We were here. We’ve always been here. And now that you see us, know: we are here to stay.

A lot of people who aspire a career in games don’t know how to take the first step, haven’t figured out what their strengths are yet or feel discouraged to continue their journey due to negative previous experiences. Which advice would you give to someone who might feel a little lost at the moment?

This is a huge question! The advice I give people varies greatly depending on both their interests and where they want to go in their career. So let’s tackle it, in order, through your question.

Why do you aspire to have a career in games? And what does that “career” look like for you? The first step feels like the hardest step, because we haven’t asked ourselves why we want something or what our “ideal games career/job” actually looks like. This makes it hard to take courses or pick any direction. I would sit down and play a game. What about it gives you the most joy? And what could you see yourself actually doing? A lot of the time people ask me what engines or tools they need to learn, but having answered this question. Before starting up Unity or learning python, consider if Unity even makes sense for your goals or if python is the language that matches your career. Nine times out of 10 the answer is that they don’t.

The best way to figure your strengths is to do a lot of things. My inability to sit still and willing parents to help me try absolutely everything helped me learn very quickly what I’m good at — writing, directing, singing — and what I’m bad at — clogging, sewing costumes, sitting still. Only when you do a lot of things and fail or succeed at a lot of things do your strengths come to you. Interestingly enough it’s the things you enjoy to do, even when they are a struggle, or things that come easiest to you, that are your strengths. Focus on those. Coding does not come easy to me, despite being logical. It’s a struggle, a pain, and if I can not do it, then I am so happy. You don’t have to code to be in AAA! You don’t have to do art either! But if you’re an indie, you might have to do a little of both — so learn all that you can, and never stop learning.

When you get discouraged, and you feel that you’ve tried everything, done everything, and you’ve hit a rut… don’t give up. Believe in yourself and your abilities. Most times, I’ve found that the rut is caused because you’ve forgotten the reason why you’re doing something. More often than not, the people I’ve seen struggle the most during these times have a ton of work but have a hard time landing their first job due to lack of a portfolio/website, lack of resume skills, or a distance/language barrier. Thankfully, distance is being made “easier” by COVID. (Got to have a silver lining, people.)

Finally, if you’re thinking of leaving games due to toxicity, negativity, or past experiences, ask yourself if you could see yourself doing anything else. If you love games, want to make games, and get depressed at the thought of quitting, don’t. Our voices are needed to make the games industry more accessible, less toxic, and more inclusive to everyone. If we leave, who will champion this future? When I struggled with a negative previous experience, I recognized that it was not worth my time or energy. I could focus on the bad; or I could learn and channel that into the good. I started my website and re-branded my instagram. It’s silly, but it’s still valid. I am still in games, because I knew that simply by existing in games — I would make it better. And so will you.

I would not have succeeded without the generosity of others, so I do my best to pay it forward. My DMs on twitter are open for women and minorities who want to get into the games industry. From starting an indie studio myself to now happy in the AAA company life, I know what it’s like to jump from one scary career choice to another even scarier one. Check my website laurynash.com for free articles, resources, and updates on my patron mentorship service or follow me on instagram.com/thelaurynash for cosplay, lifestyle, and game dev motivation. Or do both!

We’re in this together.

Thanks so much for taking the time to share your thoughts with us, Lauryn!