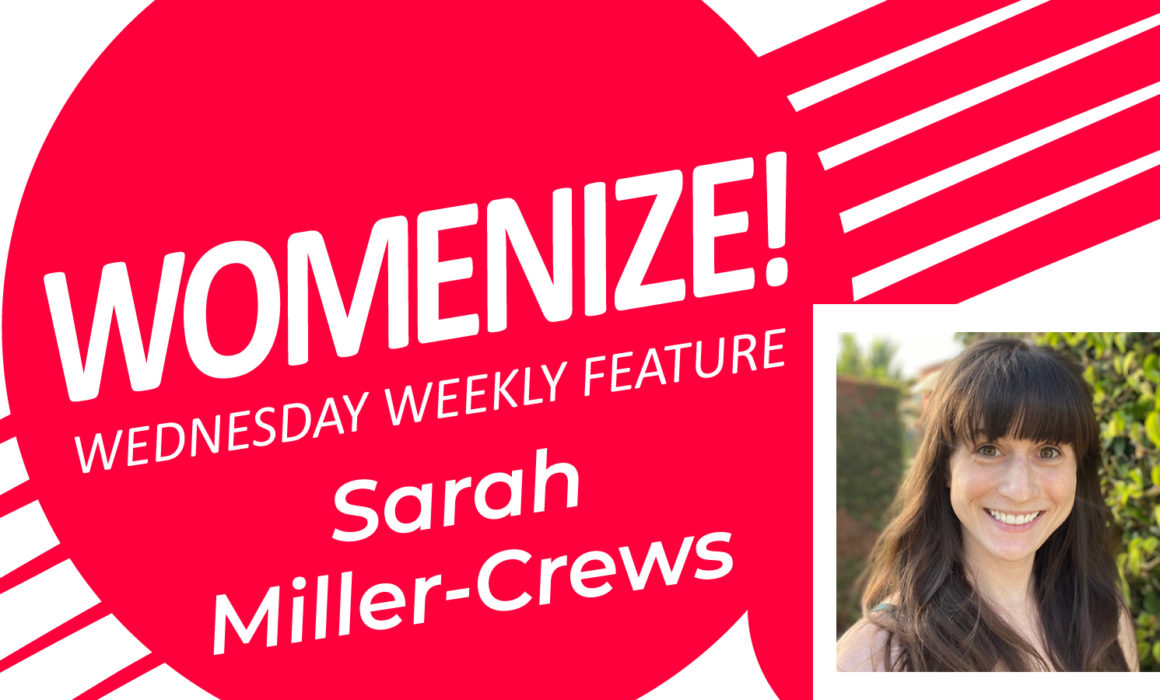 Womenize! Wednesday Weekly is our weekly series featuring inspirational women from games and tech. For this edition we talked to Sarah Miller-Crews, who has done voice acting for several video games. Read more about Sarah in this interview: 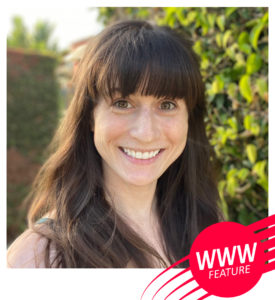 Hi Sarah! You’ve done voice acting for renowned video games, such as “Avengers Academy”, “White Noise” and the recently remade “Trials of Mana”. Could you tell us a bit more about your journey into voice acting, especially for games?

Thank you so much for having me! I‘ve always loved animation, ever since I was little. I was obsessed with Disney movies and “Avatar the Last Airbender”, but it never occurred to me that someone’s full time job was voicing those characters. Because I knew I loved acting and singing, I went to a Fine Arts High School in Texas and double majored in Theater and Choir and I also graduated with a BA from UCLA’s department of Theatre, Film, and Television. But right out of college I was having a tough time, because I felt like I was being trapped in these tiny boxes of what parts I could play based on how I look. I was about ready to move back home to Texas when I stumbled upon a voiceover workshop and I completely fell in love with it! That was when I realized that I want to do voiceover for the rest of my life.

The first jobs I got were for small independent games and eLearning projects. Since I didn’t have an agent at that time, those were the sorts of projects that I was able to find auditions for and sometimes I even sent my demo directly to the companies themselves. Eventually I started working on bigger projects,  which ultimately led me to auditioning for “Trials of Mana”. My career definitely hasn’t been a linear journey but I like to believe that every project I work on is a stepping stone to the next amazing opportunity that’s right around the corner.

What makes voice acting for games different from doing voiceover for other media? Is it more challenging?

Doing voiceover work for video games is unique because there are so many different aspects to it. Sometimes you are saying lines that have to stand on their own, sometimes you’re in a scene, and a lot of times you are voicing efforts, which are nonverbal sounds that correspond with certain actions that the player is doing. Voiceover itself is a unique form of acting because there is no set or costumes or other actors in the room with you to ramp you up into the emotional space you need to be in. You have to supply that energy by using your imagination. You have to envision what your character is looking at, where they are, who they’re talking to, and why they’re saying what they are saying.

I’ve been really lucky to work with some amazing directors, like Kal-El Bogdanove for “Trials of Mana”, who bring a sense of play into the booth, which creates a magical space for creativity. You get to really use your imaginative skills and that’s what makes it so fun!

Any advice on how to overcome insecurities and build confidence for people aspiring a career in (video game) acting?

I think that when it comes to overcoming insecurities and building confidence, all you can do is try your best and be yourself. Definitely make sure that you’re taking classes in voice acting or working with a coach to hone your skills, but also remember that there’s no one else in the world who is exactly like you. Your voice may sound similar to other people, but no one else carries your life experience and story. No one else can bring your energy to the room. Who you are is enough and the world needs the special spark that only you carry!

Thanks so much for sharing your experiences with us, Sarah!