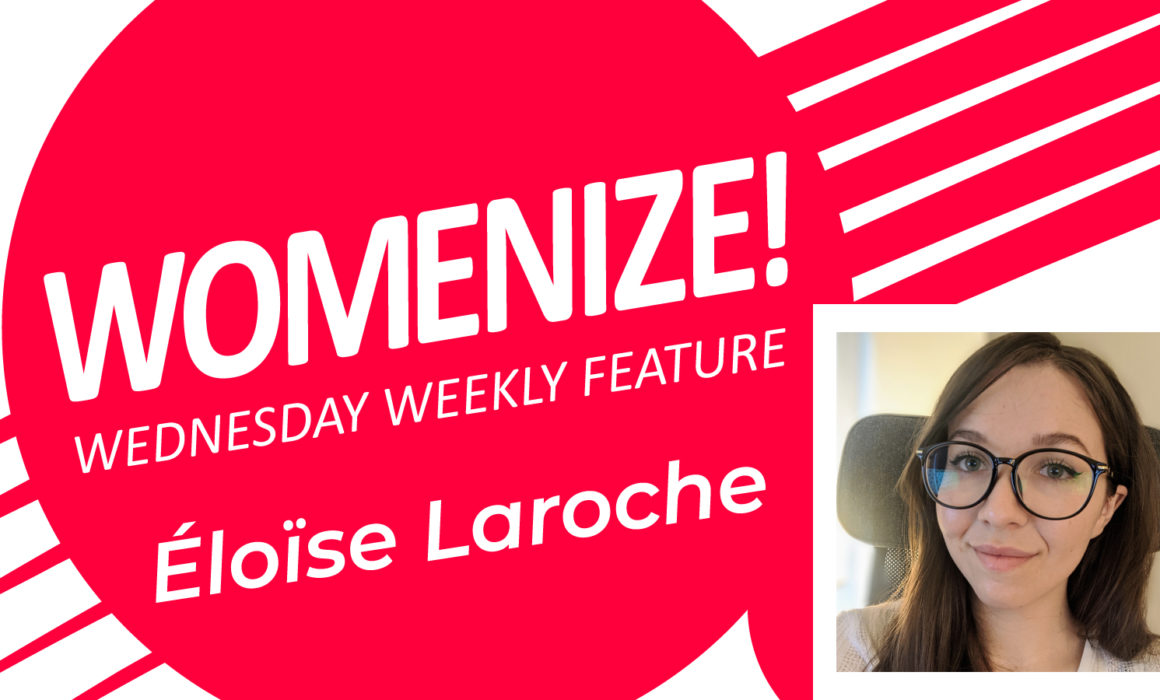 Womenize! Wednesday Weekly is our weekly series featuring inspirational women from games and tech. For this edition we talked to Éloïse Laroche, 3D Artist and Indie Game Developer. Read more about Éloïse in this interview: 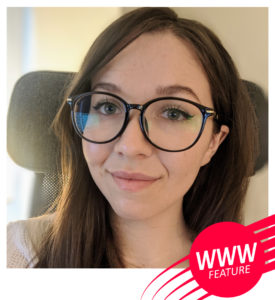 Hi Éloïse! Your new game, Lemon Cake, is coming soon. Could you tell us a little bit more on why and how you became a game dev and 3D artist?

I’ve always been interested in different spheres of art, such as writing, performing and visual arts. I fell in love with video game development because it blends multiple disciplines together into a single product. It made me realise that I wanted to create more than art, I wanted to design an experience that players could interact with, change and customize to their own taste. I studied digital art in college, which was a good introduction to 3D art and the most popular industry softwares. However, there’s so much more than art that goes into making games, and so I’ve had to teach myself through online documentation and tutorials how to program, design and market games. Fortunately, I don’t think there’s ever been a better time to be a self taught game developer; there’s a ton of resources online to learn everything that’s needed to get started. There are also excellent free development softwares, such as Blender for digital art and Unreal Engine for game development, which makes it accessible for everyone.

You’re not working with a studio, but as a one-woman game dev. What are the challenges you found yourself facing in the process of developing games on your own? And how did you find the right people to work with when you’ve reached your limits, regarding the game’s music, for example?

The main challenge I face as a solo developer is that I have to learn a wide range of skills, which makes it difficult to become an expert in a specific discipline. It’s a lot harder to excel in a particular field such as art, programming or marketing when I have to divide my time between all of them instead of focusing on a single one. Because of that, it’s been crucial to figure out my strengths and weaknesses and decide which skills I won’t practice at all, and instead hire other artists who can complement my work. On the other hand, being able to develop almost everything by myself gives me a ton of creative freedom and flexibility. I can iterate and test my designs quickly without having to explain my ideas to someone else, and it allows me to create exactly the vision I have of a game. It’s still a good idea to hire freelancers to fill in specific skill gaps, which saves me a ton of time learning and practicing a new skill. For example, I’ve worked with Matthew Harnage who composed the game soundtrack and Karen Teixeira who drew the cover art for Lemon Cake. The first thing I look for when hiring a freelancer is to find someone whose work I love; once I find that, everything else falls into place.

There are lot of great games out there, and as an indie dev, it can be difficult to stand out from the crowd and get your game noticed. Do you have any tips for fellow devs on how to promote their game?

Find a niche! I think too many indie developers fail to gather attention not because their game is bad, but because it appeals to a mass audience. AAA studios are already doing that, and I don’t really want to compete with them. Instead, I think it’s much more viable for indies to cater to smaller audiences that are mostly ignored by larger studios. I recently participated in Wholesome Snack, an event specifically created to showcase wholesome indie games. The community behind it is really supportive and appreciative of the devs catering to a friendly & casual genre of games. In the future, I plan on exploring further themes that haven’t been showcased much in video games. It’s a bit risky to make games for a market that hasn’t been proven yet; but to me being indie means pushing new boundaries, and I think that’s why players fell in love with indie games in the first place!

Thanks so much for sharing your experiences and advice with us, Éloïse!