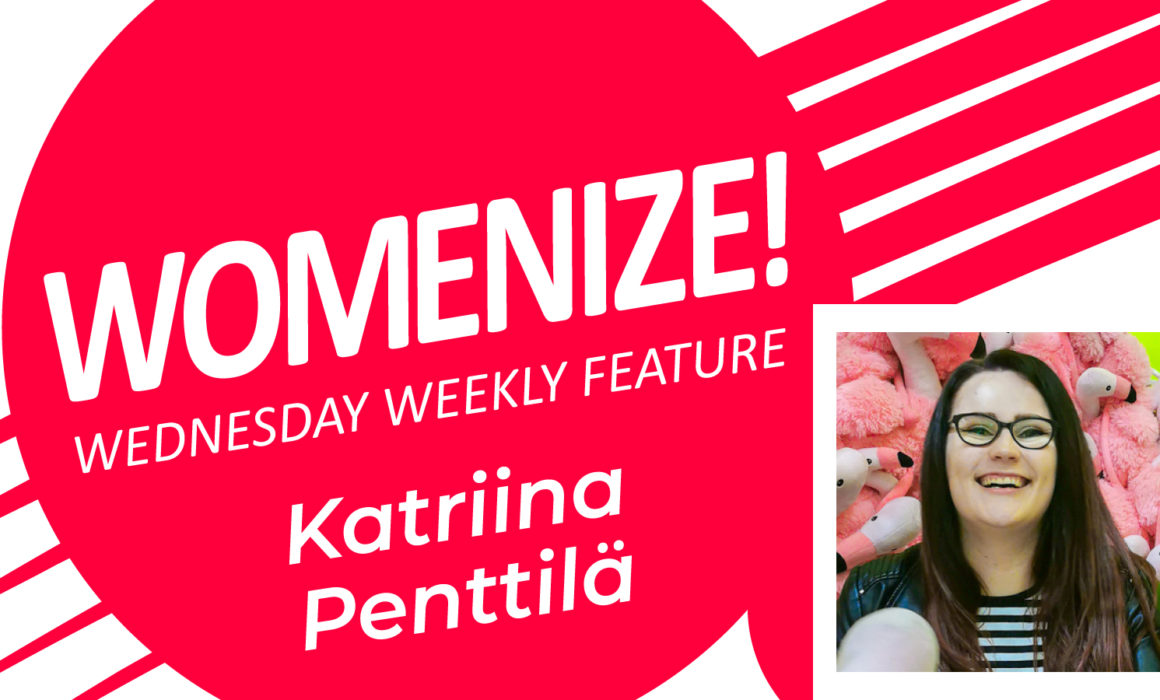 Womenize! Wednesday Weekly is our weekly series featuring inspirational women from games and tech. For this edition we talked to Katriina Penttilä, Social Media & Community Manager at Dirtybit. Read more about Katriina in this interview: 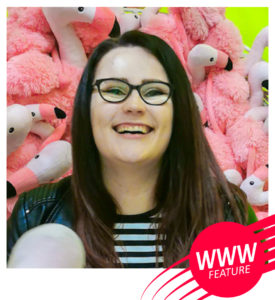 Hi Katriina! You have quite a lot of experience working in fields such as Social Media, PR, Marketing and Event Management. How did you get started in the gaming industry originally?

Hei! Such a pleasure to be invited to this interview, thank you for having me! I’m excited to share some of my experiences and hopefully help others who might be contemplating on pursuing a career in the games industry.

In high school, I was wondering what I want to do for a living and kept going back into wanting to work with arts and culture in one way or another. Multiple sources kept telling me “no” and that there would not be a stable financial future working with anything like those things I loved so much. I didn’t care about the warnings and kept on pushing to do my own thing regardless. I graduated with a Master of Arts degree majoring in digital culture with minors in cultural management, marketing, leadership, and entrepreneurship six years later.

I have been a gamer for as long as I can remember and working with games and gaming cultures had appealed me already during my studies as a viable career path. I moved from Finland to Norway in my last year of studies, despite never having visited the country and not having any connections or speaking the language here. It was super scary to move alone, especially as I had a fairly comfortable life already built in Finland with an OK (nowhere near a dream) job, friends, family, and home, yet I couldn’t shake the feeling there was more life and opportunities somewhere out there. Being unable to stop wondering “what if…” and to avoid becoming bitter when looking back later and wondering why I didn’t make the move when I had the chance, I left it all to give space for personal growth and seeking those opportunities. I wrote my master’s thesis about the history of escape games long distance from Norway.

Since then in four years and counting, I have put roots down here and made my way into my dream jobs as the social media and community manager of a local mobile game company Dirtybit, marketing manager of Norway’s biggest game developers conference Konsoll, and part-owner of a digital comics subscription start-up InkyPen.

I originally started working in the fields of cultural production and marketing over eight years ago through theater and event productions. As part of this, we were creating pervasive (IRL) games for children and youth, though we never really called them games but “drama adventures”. These games immersed participants inside the magic circle we created, like escape rooms or murder mystery dinners do while encouraging playful solving of puzzles and riddles.

I also worked for several years in producing, marketing, and managing escape rooms, which were the first genre of games I had the pleasure to work with professionally. Despite my focus and specialization in my studies having always been in digital culture and producing and understanding digital games, I found pervasive IRL games a great starting point to break into the gaming industry, be creative and gain experience.

Could you tell us a bit about your day to day life and responsibilities at Dirtybit?

I create my own schedules and manage my work independently (while always in collaboration with game teams), prioritizing whichever project goals we have and which game features are in production at any given time. Due to this, my workdays vary a lot; some days I might need to prioritize leading our customer support team and making sure they are equipped to answer the community’s questions in a coherent voice. Other days, I might spend half a day working on social media and marketing strategy and/or content execution and half a day writing in-game communications and programming in-game newsfeed posts to function as intended. Normally, at least part of my day is also spent researching and passing what I see forward to the game teams regarding what things the player community is currently wondering and talking about.

My responsibilities include leading our social media strategy, initiating and executing campaigns and events in-game and outside to engage the player community, creating a healthy community, ensuring communications between the game teams and players flow smoothly, and coordinating our customer support. I also work with broader marketing matters, such as push notifications and user acquisition.

In my job as the social media and community manager of players from all around the globe, humanities background has helped me to understand and help people from different cultures coexist. Most of my coworkers in the tech field are from backgrounds such as programming. It is my responsibility to help them take the human factor better to account, and bring humanities perspective into decision-making. As a person from humanities working in tech, I am the bridge between the people using the technology and the programmers.

I wouldn’t change this career for the world.

What was your favorite, most beloved or creative marketing and social media campaign?

I have to say the one with our custom “Which Fun Run 3 animal are you?” Instagram AR filter stands out as my most beloved and creative campaign.

I had never created a custom AR filter before and used a couple of less busy workdays to teach myself how to make one online by watching mainly Spanish speaking tutorials, as I couldn’t find others with thorough screenshots of the process at the time about the specific kind of filter I wanted to create. Full disclosure, I don’t speak Spanish, but just had to make it work since I wanted to learn so badly.

Nobody at Dirtybit asked me to do it, but as part of my job is to seek out and identify new marketing opportunities, filters like “Which Disney princess are you?” were trending heavily on Instagram at the time and it appeared as an interesting opportunity to learn a new skill and gain loads of organic visibility to the Fun Run brand.

With the end result, it was very cool to see players sharing their videos with the filter on Instagram, as far too often players become just numbers and statistics especially for developers, who don’t work actively with the community. I created highlights with some of the videos to our Instagram stories and showed them in our weekly meeting internally. The response was overwhelmingly positive with how nice it was for the other developers at Dirtybit to actually see some of our players, as it makes the community more tangible and humanizes the players in a way, making them something more than just statistics.

Thank you for your time, Katriina!