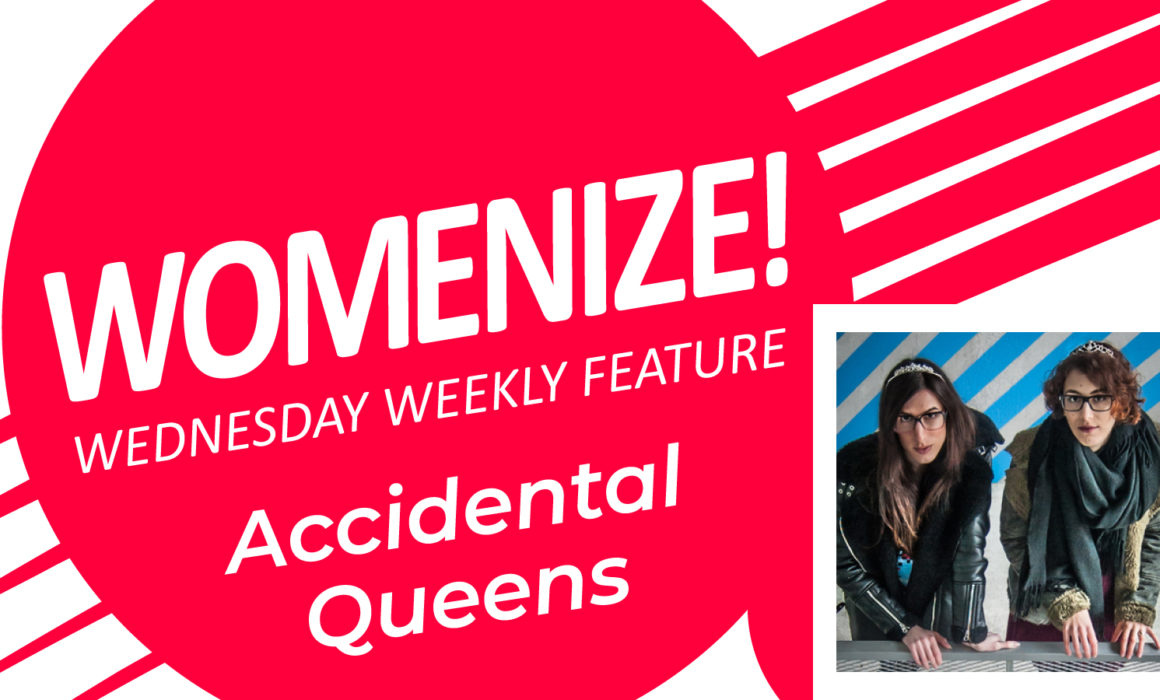 Womenize! Wednesday Weekly is our weekly series featuring inspirational women from games and tech. For this edition we talked to Miryam Houali and Diane Landais, Co-Founders of Accidental Queens. Read more about Miryam and Diane in this interview: 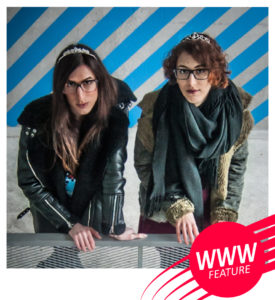 Hi Diane and Miryam, thanks for taking the time to answer our questions! Your game dev studio “Accidental Queens” was founded over three years ago and is well-known for the “Lost Phone” games, as well as for the game “Alt-Frequencies”. Can you tell us a bit more about your journeys into the games industry as programmer and artist, and how you then became queens “by accident”?

The prototype that would become “A Normal Lost Phone” was developed in 48h at the 2016 Global Game Jam, by Diane Landais (programmer), Elizabeth Maler (writer & game designer), Estelle Charrié (2D artist) and Rafael Martínez Jausoro (writer & game designer). At the time, Diane was a programmer for web and mobile games at a small video game studio, where she had been working for 4 years.

The game was then uploaded to Gamejolt and made available for free: it was so warmly received by players and press alike that the team decided to push the game development forward, and quickly grew with the addition of Simon Bachelier (producer), Miryam Houali (2D artist) and Victoria Guillon (sound designer). Miryam was working as a freelance 2D artist and graphic designer at the time, and seized the opportunity because of the perspective of founding a game development studio if the first title was successful. Elizabeth & Miryam had previously met at ENJMIN (French National School of Games and Interactive Media) where they were both students.

We picked “Accidental Queens” as a team name: “accidental” because the success of our game was unexpected, and “queens” to celebrate the majority of women working on it. A few months later, a crowdfunding campaign was launched on Ulule with an objective of 10,000 € needed to turn “A Normal Lost Phone” prototype into a fully complete commercial game. The campaign was successful: 11,200 € are raised from more than 400 backers around the world. “A Normal Lost Phone” was then signed with publishing partner Plug in Digital, allowing us to receive valuable help on the marketing and distribution, and leaving the team more time to focus on the game’s development. We both relocated to Lille, a city in the north of France where Elizabeth was already living. We started working full time on “A Normal Lost Phone” in our brand new office in Tourcoing, while the other team members continued to work on the game remotely.

“A Normal Lost Phone” was finally released on January 26, 2017 on iOS, Android and PC (Win, Mac, Linux). It was critically acclaimed by press and players alike, and sold more than 100 000 copies in less than 3 months. While the others went back to their respective day jobs and studies, Elizabeth and us officially co-founded Accidental Queens as a company to build on this first success, and started working on a new project: “Another Lost Phone: Laura’s Story”, a spiritual sequel to the first game, which followed suit in September 2017 after four months of development with a team of five people. The game was released on September 21, 2017 on iOS, Android and PC (Win, Mac, Linux) and Elizabeth left Accidental Queens shortly after.

We have since then developed and released a third game, “Alt-Frequencies”, and console ports of the Lost Phone games. We are now working on a new, unannounced project nicknamed “Diamonds”.

Your studio is all about creating games that tell stories through unconventional narrative design and mechanics, and deal with topics that most game dev studios or publishers still seem to be reluctant to tackle, especially in “mainstream” games. Which advice would you give to game devs who might be hesitant to tell their story because it doesn’t fit the norm, maybe because they’re afraid of getting exposed to harsh criticism or hate?

Our goal with Accidental Queens isn’t necessarily to “deal with topics that others won’t tackle”. It’s been the case, especially with the Lost Phone series, but we’re less about “swimming against the current”, and more about “being bold and unapologetic” regardless of the exact topics we tackle.

As an indie studio, we have a lot of artistic freedom in how we explore game design and storytelling. We can take risks, experiment, and try new things more easily. We can explore short and simple ideas like “a game entirely taking place inside a radio receiver”. We work with much smaller budgets than AAA productions, so the risks are also lower and we don’t need to appeal to millions of players to stay afloat. We can’t afford everything we need so we occasionally have to compromise on some parts of a game’s development, but never on the resolve and honesty we put in our works. If you need to drop anything, drop the framerate first – heck, drop the gameplay first! – and your identity last. Keep that, front and center, in the way you work and in the final product as well.

There will always be hateful and ignorant people looking to tear down others, but we quickly realized they are a minority, and the positive comments and feedback we have received about our games from people of all walks of life have more than made up for it. We need more diverse and interesting stories told by the very people who experience them so the goalposts for what “fits the norms” can keep being pushed further, until it’s not even a consideration anymore.

Not only do most video games lack diverse stories, but the games industry as a whole still lacks diversity in almost every aspect, too. Do you have any tips for diverse folks where they can find support in pursuing their career in games?

While our industry is still plagued in places by a deeply ingrained toxic culture that can prevent diverse folks from entering it or to feel supported in their career, it’s important to note that we live in a time of cultural shift. A lot of those issues are now discussed publicly, and many professionals and organizations are trying their best to promote diversity in our industry.

Those initiatives are of course always perfectible, it’s a long process, and marginalized folks’ experiences in the video games industry can be wildly different depending on where they live and which big or small studio they worked for.

Though one thing is always true: we are not alone. There are already diverse people working in the industry or aspiring to and it’s crucial to network and support each other. Many communities exist online, from support groups to spaces dedicated to a field of expertise (code, art, etc.) and a lot are welcoming to newcomers and diverse profiles. Networking is important for anyone aspiring to make it in this industry, but even more so for people from diverse backgrounds who might encounter more difficulties on account of who they are.

And while advocacy and community support are important, try not to put more energy into them than into honing your skills (that part is easier said than done, we know!). Hard work is mandatory to make it into any creative industry, and whether you aim at making your own game, joining an indie team, or entering a big AAA studio, you’ll need to be good at what you do! 2020 may have a lasting impact on how to land a job in the games industry, and luck has and will continue to play its role in all of that anyway, but if that’s really what you want to do, please keep trying.

Thank you for sharing your thoughts with us!