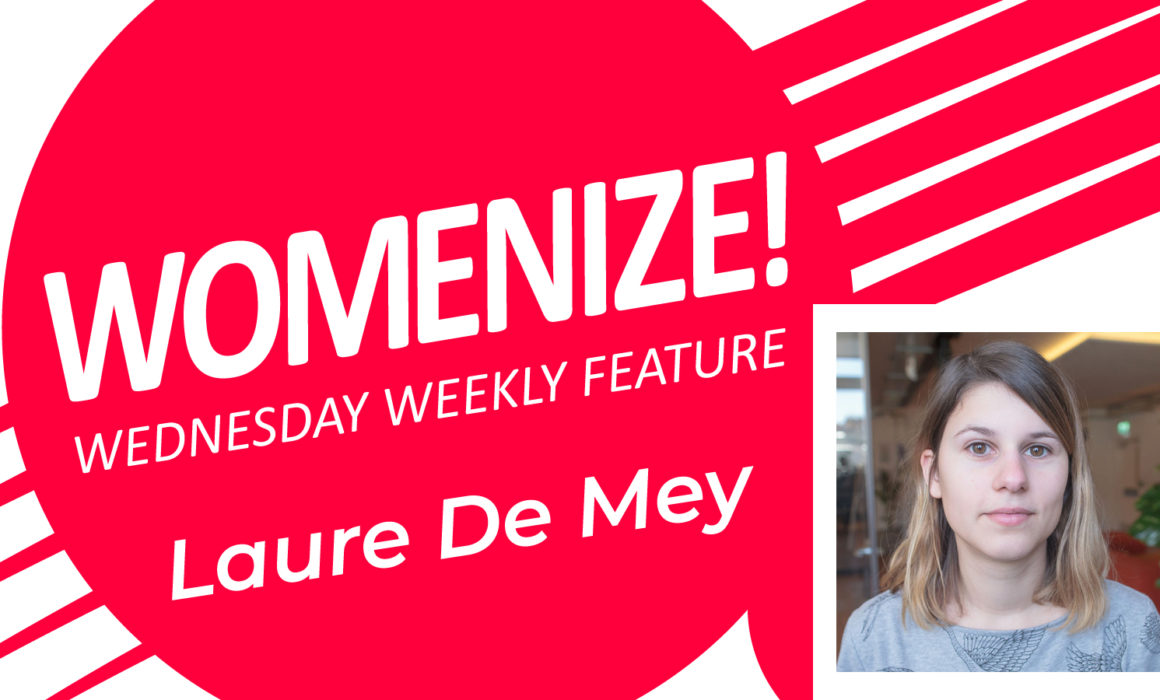 Womenize! Wednesday Weekly is our weekly series featuring inspirational women from games and tech. For this edition we talked to Laure De Mey, Programmer at ustwo games. Read more about Laure in this interview: 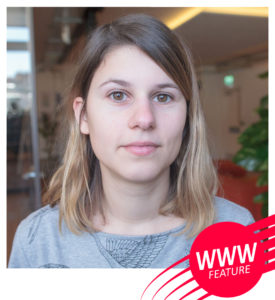 Hi Laure! You are a programmer at ustwo games, the studio behind games such as Monument Valley and Assemble With Care. What was your initial thought that led you to become a programmer for video games?

I’ve been playing video games since a young age and have always been fascinated by how they get made. I used to love watching the making-off videos that some games include in their extras. Besides playing games, I also really liked to write as a child. I think I almost preferred coming up with my own stories for other people to read them, rather than actually reading books myself.

At one point I discovered the classic Tomb Raider games released their engine for free with a big lengthy manual included. I spent an entire summer figuring out how to use it and creating my own levels for a game I loved playing. Similarly to writing, I felt like I was creating the levels I personally wanted to play and see, and it gave me a lot of satisfaction to then share and show them on forums. It became clear to me that a career in creating video games was something I wanted to pursue. After doing some research into what degrees could get your foot in the door in the games industry, I decided to study computer science. Looking back on it I had no clue what I was getting into, but fortunately ended up really enjoying programming and wouldn’t want to do anything else at this point!

In your free time you also develop and publish games with your very own studio, Balloon Studios. It seems that more and more game developers are starting to work on their own studio projects in their freetime. Do you think there are any benefits when working on your own games besides your main job, and would you recommend it to other developers as well?

Definitely! For me working on my own games in my free time gives me a chance to do a bit of everything and learn the aspects of games I’m less familiar with. It helps you understand your team member’s jobs better and improves collaboration. On the opposite, I also like to work on something that is just for me and where I can make all the creative decisions.

For people who haven’t found a job in the games industry yet, I think it is one of the best ways to build up a portfolio. Having a degree is one thing, but in my experience a portfolio can be even more important. It shows that you have passion and companies can see instantly what kind of games you like working on. Although I had to learn to not overdo it. Working full-time on games is hard, so I had to learn to give myself some slack when I felt too tired to do anymore work in the evening. Some days you need to turn off your brain and do something relaxing, and eventually it will help as inspiration flows to you most when you’re just living your life!

Before working at ustwo games, you’ve had several positions in augmented reality / virtual reality development, and you also have a VR project in the works at Balloon Studios. Do you have any tips and tricks for people who would like to dive into VR / AR development as well?

I personally got started with VR in Unity3d. Adapting your game to support VR is fairly straightforward and there is lots of documentation out there to get you started. I think the biggest tip I can give for people who want to create something in VR, is to test it early and – if possible – let other people play it as well. Everything you make will look different once you put the headset on, so it’s important to get the scale right from the start. Also people have different heights and nausea-levels so you have to find something that suits most people and not just you!

Secondly, I think so far a lot of VR games have focussed on action. There are VR shooters, VR rhythm games, VR adventure games… I think I’d like to see games that focus on a different population and help people to feel relaxed and calm. If the thought of making a VR game intimidates you I’d say that they don’t necessarily need to be like the ones that are out there already! They can be smaller, more static and experimental.

Thank you for your time, Laure!