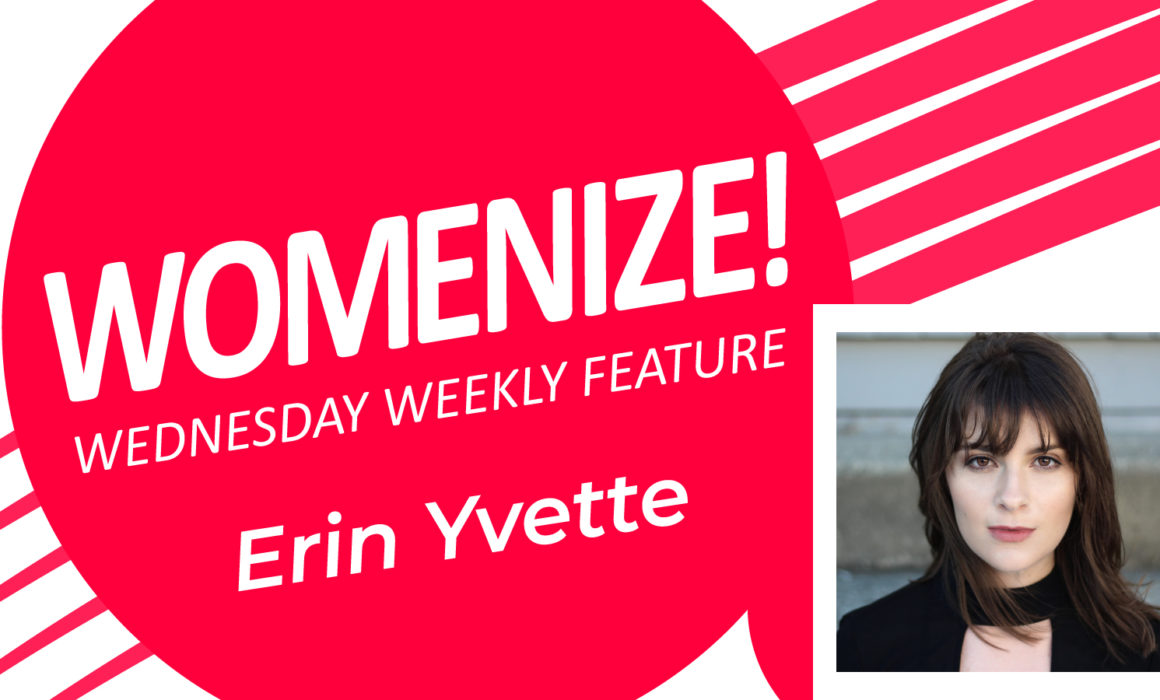 Womenize! Wednesday Weekly is our weekly series featuring inspirational women from games and tech. For this edition we talked to Erin Yvette, Voice and MoCap Actor. Read more about Erin in this interview: 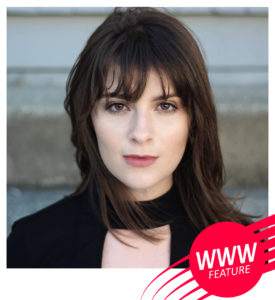 Hi Erin! You are a voice actress as well as a mocap actress for games and commercials and can be heard in games like The Wolf Among Us, Oxenfree and Firewatch. First off, what is it that inspired you to become a voice and mocap actress?

I started performing on stage as a young kid to burn energy, but I ultimately caught the actor bug. I struggled in college to figure out how best to pursue a career as an actor, bouncing from NYU for musical theater to UC Berkeley for theater — it wasn’t until I had the opportunity to do my first VO role (Molly in Telltale’s The Walking Dead) that I considered voice-over as a possible career path. It’s one of those hidden careers where you stay mostly anonymous and unrecognized, for better or worse. When you hear radio or see TV commercials, you don’t think about the voice actor in a recording booth reading a tagline twenty times, right? Animation loves to amplify celebrity names in castlists, but rarely does so for the working VO actor. Games are actually pretty good at recognizing the contribution of their voice and capture artists, but it’s certainly not a road to “fame.”

Voice acting was my “Goldilocks” acting path: it was just right for me. It’s not glamorous or dependent on my appearance like on-screen acting, nor is it as underpaid or location-dependent as on-stage acting. Also, I play & love games! Voice acting, especially in games, is an incredibly fun and versatile form of expression and I’ve been fortunate enough to make a career out of it. Performance capture is also my happy place when I’m lucky enough to do it, as it lends itself well to my theater training — I’m on my feet, interacting with the space around me and with other actors.

How does a usual recording session when working on a game look like for you, and how do you prepare yourself in advance?

VO sessions for games typically don’t allow for prep beforehand. In fact, I often don’t even know the name of the game before I step in the booth (I’ll only know it by a temp working title like “Bacon” or “Squirrel Nutz 2.”) If I do know the game’s real title, I’ll research everything I can that’s been released about it or any titles previously released by the studio. The less they have to explain to me in the booth, the faster we can work and the deeper I can dive into the character. If it’s p-cap, I’ll have the scripts in advance to memorize and I’ll begin to develop where the character lives vocally and physically, and may even get to rehearse with the director and other actors before we shoot. Regardless of how much I know going in, I always show up with my voice & body warmed up and ready to play.

Game sessions move quickly and are an absolute blast because the worlds are so varied, the narrative may be branching, there may be multiple characters you’re voicing that all need distinct voices, etc. But they can also be quite vocally stressful. If you’ve ever played a game with characters shouting “MORE AMMO” or “HEADS UP,” remember that the actor likely recorded that line, and every other projected line you hear, at least three times in the booth. It adds up. So sometimes we leave the booth sore, sweating, and in need of some vocal rest.

What would you say are the first important steps someone should take when striving to become a voice actor themselves?

Like any acting medium, the most important skill is “acting.” There’s a misconception that having a “good voice” is all it takes, but even those who made a career off their “good voice” (ie: H Jon Benjamin, Kristen Schaal, Patrick Warburton, etc.) are fantastic actors and improvisers. VO-specific classes are a great way to learn because they’ll get you in the booth & in front of the mic so you can get that experience in a safe environment. But other ways to study the craft are singing lessons for breath support and vocal endurance, improv classes and/or stand-up to further refine your acting chops, scene-study to help with quick character development and cold-reading skills, and dance to help with broadening your physical range. But the easiest way to learn, in my opinion, is critically consuming the media you want to be involved in and seeing where you could fit in it. If you want to be in games, you should be playing games and noting the performances and what you most connect with in them. Also, don’t skip the cutscenes!

Thank you for your time Erin!