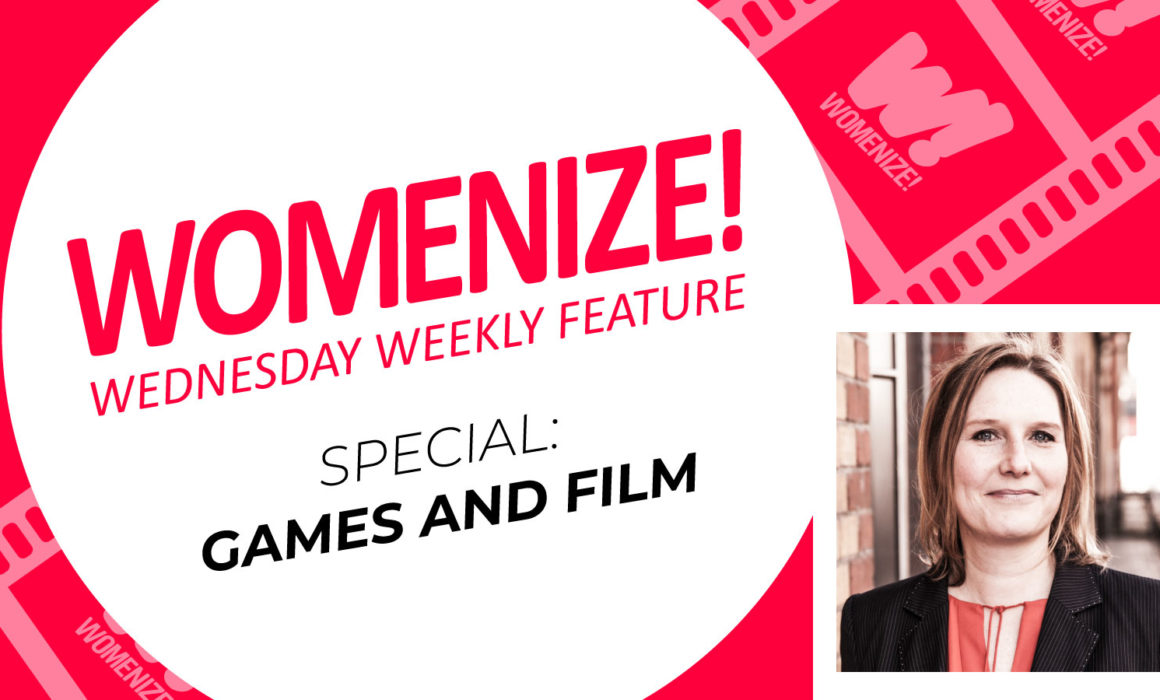 To celebrate the upcoming edition of Womenize! Games & Film in Cologne, Womenize! Wednesday Weekly will not only feature inspirational women from games and tech, but also film in our WWW –  Games and Film Special! For this edition we talked to Jana Filmer, CEO for Filmer-Entertainment. Read more about Jana in this interview: 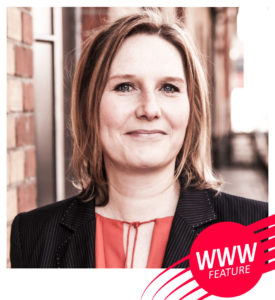 Hi Jana! You’re the CEO of Filmer-Entertainment, a lawyer for contract and trademark law as well as a founding women for WIFT Germany. You’ve been involved in a lot of different projects over the years. How did you initially start out in the media industry?

Yes, very true and good question. I think actually everything started with my love for children’s film. My father was a filmmaker and author, my grandma an author and artist and my great grandparents were artists too. So I guess art was always around me and of course my name „Filmer“ calls for it, doesn’t it ?. So I think I just had to do it. I started with the research for a documentary film for the WDR and wrote the script of my first short film with a director and friend of mine. Then I realised another short film with a slightly bigger team. Later I did an internship with Armin Maiwald “Sendung mit der Maus / WDR” and started as an assistant in the children’s television department of the WDR. That became a good insight. Through one of the founders of WIFTG (Women in Film and Television Germany) I got to know one of the board members of Studio Hamburg. He read a script of mine, liked it and recommended me for the Sesame street workshop. The show I loved as a kid so much. He strongly recommended me to get more involved with WIFTG. My involvement with WIFTG has been over 10 exciting years by now? So I guess he was right.

WIFT Germany is an organisation that helps connecting women in the media industry. Besides becoming a member of WIFT Germany, what tips would you give to women who would like to be more involved in their industry?

I think a network like WIFTG is great if you want to connect women in the media industry and be part of a very inspiring group of creatives, filmmakers, media and business women.

I think to get actively involved in such a network and not just be a member will help a lot. I strongly believe that you get what you put in and if you help others to achieve their goals, you will be helped too. Maybe not always from the same person, but from someone else. I think that is a secret law. I love to connect people and bring people together who I think could be a good match. And I am happy that there are a lot of people like that who love to help others and not only look at their own benefit. ?

With Filmer-Entertainment you are specifying in the field of Edutainment, a format primarily intended for children and adolescents. For the initiative “Ein Netz für Kinder” you’re currently producing Merlantis, an interactive game about a magic kingdom. What are your personal aspirations for the future of Edutainment?

Hmm, oh gosh I have so many! For example when I look at the future of gaming and think of location based entertainment, intelligent clothing, the slogan “Feel what you play”. Then I feel a strong fascination about these future developments and a strong wish to be part of it and am able to use them for my own formats. Everything seems to be possible soon and that is very exciting. And especially for a magical world like Merlantis, these are amazing tools and possibilities to play with.

But as a producer of children’s formats, I also feel a strong responsibility towards my very young target group. Just as I feel a deep responsibility for nature as a human. I feel I have to protect both in a way. Therefore, it will always be one of my individual ambitions to teach children something about our planet earth and about nature while they play. I will always try to build a bridge to nature with my future formats. I think sticking to my strong values ​​will always be my personal concern, also with regards to future edutainment formats.

Thank you Jana, we appreciate your insights!