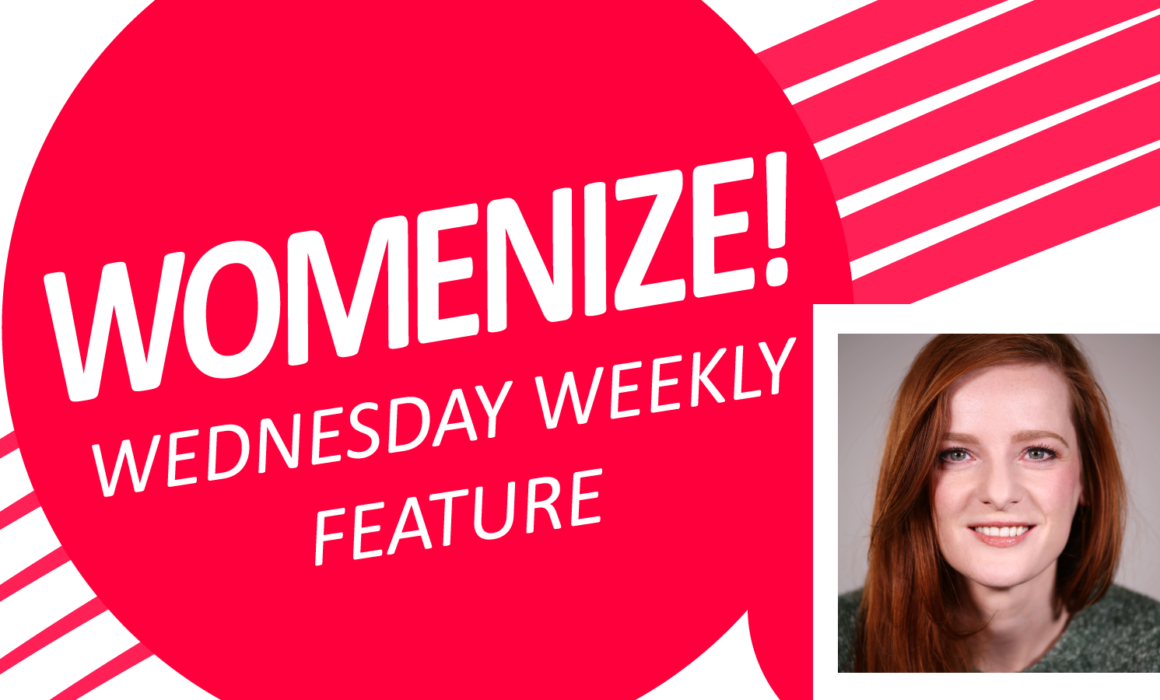 Womenize! Wednesday Weekly is our weekly series featuring inspirational women from the games and tech industry. This week we are excited to hear from 360° IntoVR-journalist Christiane Wittenbecher about her unique and challenging work in areas of crisis, and her coping techniques in difficult moments. 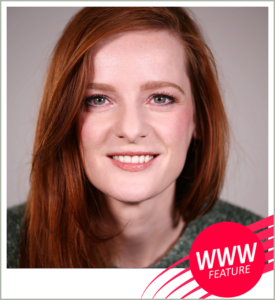 Hi Christiane, you’re an experienced and award-winning video and VR journalist, working for IntoVR. How did you get to where you are today?
It would be easy to say that this was an linear process that inavitably had to lead to this point. But of course that´s not the case. Most things happened because I always said „Why not?“. As one door shuts, another opens. But the point when it really started getting interesting was when I started saying „no“.

After studying journalism and political science in Leipzig, I was working for public broadcasting Mitteldeutscher Rundfunk (MDR) as a radio, tv and web journalist. I started operating as VJ and learned how to shoot video stories with my own camera equipment and to edit them myself. After a few years I decided for a change and joined Axel Springer´s WELT to be a web video reporter. As WELT VJ, I was covering stories in Iraq, Greece and all over Europe, especially stories on refugee crisis. I was also shooting TV documentaries. One of them was awarded with „Deutscher Fernsehpreis“, one of them got nominated for Grimme-Preis. I also extended my skills as a presenter in front of the camera. After a while I decided to quit this job and be a freelance videographer again. Then I was covering for SPIEGEL ONLINE, ZEIT ONLINE and others like Y-KOLLEKTIV which is a youtube report format and belongs to German Public Broadcaster ARD.

During that time a few media companies were offering me a permanent job. But I said „no“. Because there was something that attracted my attention more than any other project I was working on so far. IntoVR (www.intovr.de) was founded by my former colleague Martin Heller. The idea was: Let´s start using 360° and virtual reality technology to find new ways of telling stories. So I started pitching my first ideas for immersive videos and I jumped into it. Meanwhile I was at a 360° shooting in Iraq, where I covered the fight against ISIS, in Israel and Palestine, to cover the middle east conflict, in Eastern Ukraine, Bangladesh, Bhutan, Thailand, Singapore and other places. I never learned as much as during those last two years. Together with my colleagues I improved step by step. And I could see that this new kind of media has huge potential. This is what keeps me going constantly. Being part of this pioneering group which is pushing boundaries, failing, learning and maintaining their passion constantly, despite the fact that this technology is far from mass adoption. It´s risky but it´s worth it.

Is there even such a thing as a typical work day for you? Tell us a bit about you, what your work looks like and about projects you are currently passionate about.
What I am really passionate about is VR journalism. For storytelling, 360° video and vr promise to be a game changer. Recently I have been to Bangladesh to cover the Rohingya crisis. We all know the images of that giant refugee camp, we all heared about their tragedy. The challenge for me is not just to cover what I see there. It´s about teleporting the users to that camp, finding captivating characters in these locations and to let them tell their story in an emotional way that suits the media 360. That takes more effort than with regular 16-by-9-video shooting. I always have to be aware of the way I am going to tell this story in advance. Because in 360, you are not just seing a scene. You are immersed in it. That´s what it makes so intense. So the every day challenge is not just to do the same thing I´ve learned from webvideo and tv over the years, but to open up for the requirements this new technology brings along.

Luckily there is no such thing as a typical work day at IntoVR. One day I might have a 360° video shooting in a crisis region, the other day might be postproduction, the other day I might be a talking on immersive storytelling on a panel or at a conference, the next day I might be brainstorming with my wonderful IntoVR colleagues about new 360 or virtual reality ideas. Sometimes we have peers at our office to discuss a new project and sometimes we have the chance to place one of our vr headsets onto viewers and learn from their reactions and input. And sometimes we just meet up with other vr creatives to exchange experiences, knowledge and failures with them. Every day is like trial and error and I really can say that I never learned as much as I do now.

For your 360° movies you are travelling to countires of crisis and wars. The stories you are telling with video are often difficult and tragic ones. Do you sometimes hit a wall? How do you cope with physical and mental stress?
Yes, I do hit walls sometimes. Especially when shooting in unstable regions like Iraq, Eastern Ukraine or Palestine or even places like the Rohingya refugee camp in Bangladesh. People there are often traumatized and obviously it´s hard to get them to talk to me. It takes a lot of empathy and patience. In 360, we usually place the people in front of the camera and let them tell their story directly into the lense. The reason we are doing it is that we don´t want to be seen in the scene. We want them to lead the story, not us. This is sometimes really difficult. But we want the viewers to get to know these persons without being scared of the environment. Sometimes it does work really well. Like this woman from Mosul who I met on an armed forces checkpoint. She was standing in front of the camera and started talking about her relief of finally being rescued from ISIS terror and being released from the hijab for the first time. That was a very intense moment.

For 360, you normally would need time to prepare but when you are troubleshooting, sometimes that´s just not possible. Like when I was covering Peshmerga soldiers who just captivated a bunch of ISIS suspects. That was a take-it-or-leave-it kind of situation. So you have to make quick decisions and make sure that your camera is running and placed in the right position. Of course the stories I hear are so cruel sometimes, that´s hard to process. There are moments when I really struggle to continue. Like on the Greek island Lesvos when a boat full of refugees was coming in, some of them close to death. Or while listening to the story of this young Rohingya women in Bangladesh who told me how her family was tortured. Then it helps to remind myself why I went there in the first place. I know why I am there and why it is important to have reporters in the field. And also focusing on the technical procedure helps to keep distance sometimes.

Shooting close to the front line is always a challenge. In iraq snipers were shooting at us and in Ukraine I heard a bullet whistling right above my head. For these kinds of missions I prepared myself by attending a Hostile Environment Awareness Training with the German armed forces recently. So now I am scared but prepared 😉

Thank you for your insights, Christiane!

Interested in more inspirational women? Come to Womenize! Games and Tech 2018 and connect with an abundance of incredible talents from the industry!