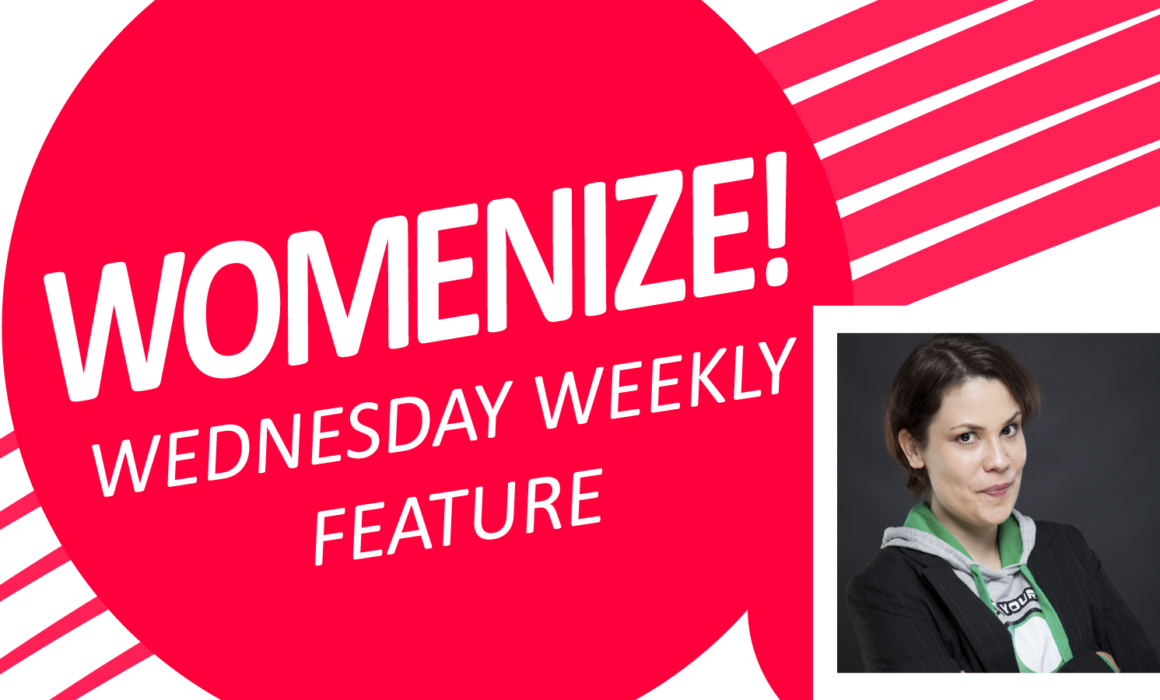 Today we proudly present Womenize! Wednesday Weekly, our new weekly series featuring inspirational women from the games and tech industry. We’re kicking off the series by featuring Melanie Fritsch who is a ludomusicologist, asking her three questions about herself and her work. 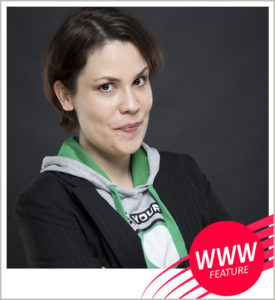 Hi Melanie, you’re a researcher in the field of ludomusicology, which is a crossover between music and games studies that is not yet broadly known to the public. Can you give a quick oversight on what ludomusicology is, what it does and how you came to do research on it?
Melanie: In a nutshell, ludomusicology is an area of research that focuses on video game music and related phenomena. Game music is created, oftentimes using specific compositional techniques, and then technically implemented in a way that enables it to change according to what is happening during gameplay. In order to address this properly in analysis, ludomusicologists are working on finding subject-specific approaches. Besides video game music and music games, we are also interested in game music beyond the games themselves, like its use in other media forms or orchestral live performances, or fan cultural musical practices.

We are also in the happy position that the people, who create the media that we study, like game composers, sound designers, game designers etc. are still around, so we can ask them about their work, their approaches and even work together. It is furthermore important to say, that academic research owes a lot to the vivid game and game music fan communities, who do a fantastic work on collecting and preserving games and the respective hardware. They also provide us with so much experience and knowledge they gathered and provide in wikis or forums, as many are active in gaming and game music culture for many years.

I started studying game music in early 2009, and just defended my PhD thesis two days ago, but I must admit, that I do not exactly remember where the idea to work on this topic originally came from. I think I somehow got my hands on Karen Collins’ books that were published in 2008. Plus, I’m the typical 1980s kid who grew up with games and 8-bit music, and my partner is a seasoned game developer. Anyhow, it’s been one of my best life decisions, because the ludomusicology community is so inspiring, creative and lovely, and it’s a tremendous pleasure working with all these fabulous people from all over the world.

If you’re interested in joining the conversation, just address us on Twitter ( #ludomusicology ), join the Society for the Study of Sound and Music in Games ( www.sssmg.org ), or come to our annual conferences. By the way, this years’ European Ludomusicology conference that I co-organize with my fabulous colleagues Michiel Kamp, Tim Summers and Mark Sweeney will take place in Germany for the first time, you can find all information on our website www.ludomusicology.org

In what aspects does ludomusicology view our digital society that is different to music and game studies?
First of all, ludomusicology is interested in a subject, that is around for a few decades by now, and has therefore influenced several generations, their musical taste and how they think about music and music-making. Secondly, game music and its aesthetics have also left many traces on other musical genres. And thirdly, ludomusicological theory has the potential to add to the ways, in which we study music and music-making. And this is from my point of view the most important aspect, because the ways, how we create, consume and value music change constantly, also thanks to the new media forms that surround us and the opportunities they provide us with for creating music or using given material to play with. I would love to go into more detail here, but this would take us too far afield.

Previously known as researching games BarCamp, this year’s GameCamp Berlin is happening in September! Can you tell us about the event and who it addresses?
Of course! The researching games BarCamp was launched in Wiesbaden in 2011 as a network meeting for the scientific exploration of digital games, mainly aimed at young scholars. In 2016 they moved to Berlin, and it was also the first time I participated. I was so excited by the BarCamp concept, the fantastic organizers and the lovely community I met there, that I joined the organisational team the same year. In 2017 we started to broaden the concept by not just aiming at scholars, but also addressing practitioners like game developers and anyone else who has an interest in games (we had for example one participant with a background in dance pedagogy) to get into an exchange and maybe even spark new collaborations.

On the one hand, this worked quite well and we had fantastic discussions between people from very different backgrounds, who otherwise wouldn’t have come into contact. On the other hand the BarCamp took place in parallel with the A Maze, so many practitioners gave us the feedback that they would have loved to join us but couldn’t due to the clash of appointments. So we decided to move the BarCamp into September, and changed the name in order to address the new concept.

Thank you for your time!