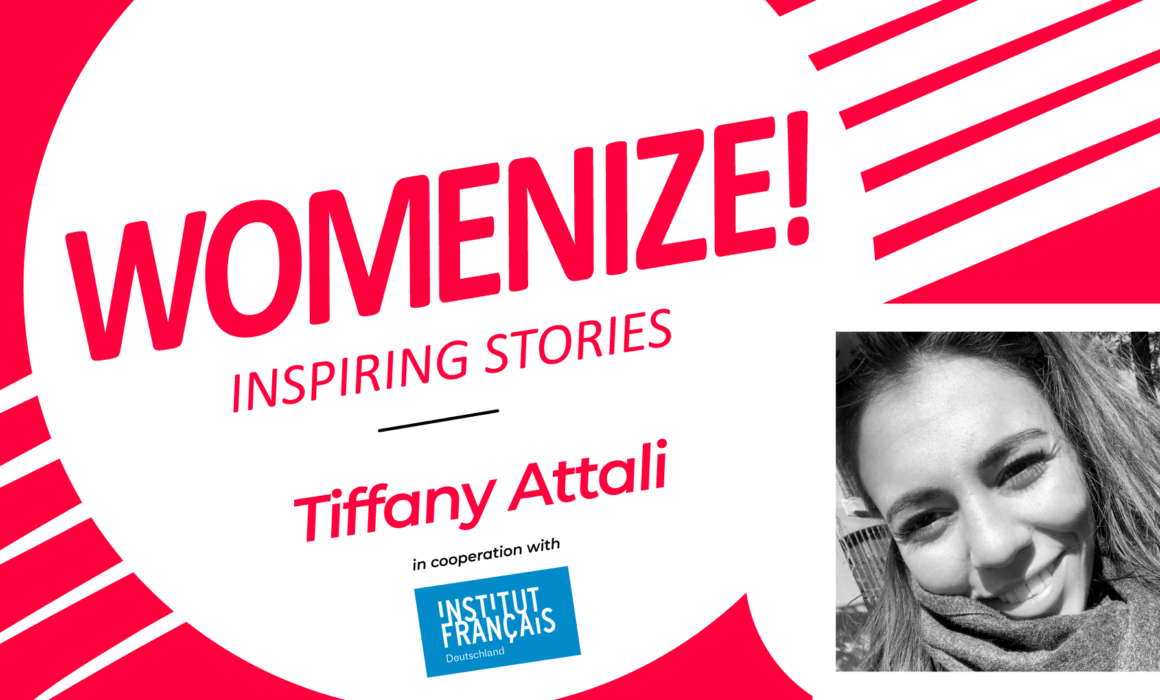 Womenize! – Inspiring Stories is our weekly series featuring inspirational women from games and tech. For this edition in cooperation with Institut Français, we talked to Tiffany Attali, Co-Founder and Producer at In-Dialog and Children of Cyberspace, and more. Read more about her in this interview:

Hi Tiffany! You have a background in architecture, which sounds quite unusual for someone now working with games and in other digital fields. How did this career path come about?

It is not as disconnected as it might sound!
I was lucky enough to study at the Architectural Association in London, and at the École Special d’Architecture in Paris. Both of those schools’ pedagogy were focused on world building and design thinking, which is the foundation of the methodology we’re using in our projects.

During those 7 years of studies, I also learned to use a wide set of tools and digital technologies such as 3D modelling, 3D animation and digital fabrication. While discovering the immense creative potential of those techniques, I realised I wanted to use those skills and know-how to produce artistic experiences. Before even finishing university, my partner Calin Segal and I started to imagine interactive devices, and co-founded In-Dialog collective in 2014. Each project that we’ve been developing since then led us toward developing today our first indie game June: Tales from Cyberspace.

I’ve always been fascinated with understanding how things are made, and how to bring to life what lies in one’s imagination, whether they are pieces of furniture, robotic and mechanical devices, VFX in cinema or an interactive experience. I can’t help but question what are the tools and methods used in order to achieve the final outcome, no matter if it’s a physical or virtual object.

My last year’s thesis project was called “Tangible fictions: Manufacturing the imagination”. I’ve been researching about the network of facilities that supports London West-End theatre productions, such as scenery and prop-making workshops. This research played a lot in understanding that I could find my place as a creative producer, the one that translates the craziest ideas and brings them to reality.

Let’s talk about In-Dialog: what are the main goals and visions of your digital art studio?

In-Dialog is a digital art studio that focuses on creating interactive experiences, installations and devices that make people dream, think, or connect with one another. Our framework is based on a trans-disciplinary methodology, inspired by the fields of Behaviour Science, Cybernetics and design thinking.

Our goal is to produce enchanting and playful experiences that can bring awareness to our research, always putting the user experience at the center of our design process. The subjects we’re interested in vary from the disappearance of biodiversity, the role of non-verbal communication in social exchange, patterns of cultural identity or the depletion of natural resources.

The palette of techniques and mediums used to express those ideas is wide, and take the form of audio-visual installations, kinetic spaces that react to the brain activity, sound-reactive robotic creatures, XR experience, robotic drawing machines, dance and theater performances…

We got the chance to show our work internationally, in digital art festivals, contemporary art museums and galleries during events such as the “Nuit Blanche” in Paris or the “Romanian Design week”, and collaborated with many cultural institutions through art residencies.

When the first lockdown started, we found ourselves with no space to share our work and we were not the only ones. In a matter of days, we decided to open a virtual exhibition space, to offer digital creators a place to freely express themselves and produce online immersive and multi-sensory experiences. This is how, together with Calin Segal, Eleonore Audi and Codin Segal, we co-founded Children of Cyberspace.

Children of Cyberspace’s goal is to propose new forms of cultural experiences that would allow digital artworks to be exhibited in their original formats. After producing three web based exhibitions and creating Planet LEV, a digital art festival in Virtual Reality, we wanted to push the experimentation further and continue creating holistic virtual worlds.

With your studio Children of Cyberspace, you’ve recently funded “June: Tales from Cyberspace” successfully on Kickstarter. Could you tell us more about what makes this game special?

June: Tales from Cyberspace is a modern fable taking place in the surreal landscape of Cyberspace. It is an adventure puzzle game following June, a non-binary entity that was born in the nebulas of the metaverse.

The game is an artistic experience that merges together the world of gaming and fine arts. To create this versatility we combine elements of traditional video gaming such as platforming, puzzles, and stealth, together with real-world artworks from contemporary artists. What makes this game special comes from the team’s cultural background and passion for art and games. The game is designed by digital artists, architects, programers & musicians, and created with the support of DSLcollection, a family of contemporary art collectors.

The key features of the game are its unique environments and visual style, the head-scratching puzzles, the presence of real-world artworks and finally June, an unusual hero. We want to offer a game that is fun to play, in fascinating environments and charged with cultural meaning.

The artworks from the DSLcollection have been a constant source of inspiration all along the process in bringing June’s universe to life. The artworks will be integrated in the game experience and used as conceptual keys to give the player a deeper layer of understanding of the character and storyline.

We’re planning to release June’s story in multiple episodes. The first one will be available on Steam for PC by next summer and we’re starting to look for a publisher to help us bring to life more of June’s adventure.

We’re looking forward to checking out the game! Thanks for taking the time to talk to us, Tiffany!