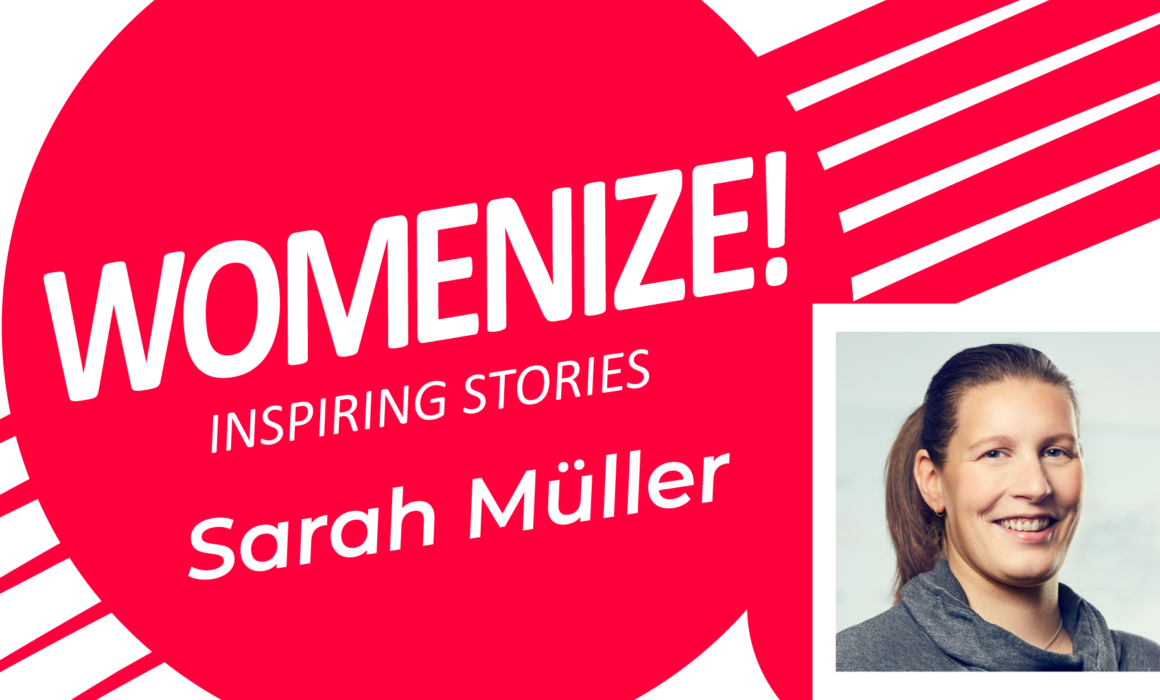 Womenize – Inspiring Stories is our weekly series featuring inspirational women from games and tech. For this edition we talked to Sarah Müller, Head of Localization at Gameforge. Read more about Sarah in this interview:

Hi Sarah, thanks for taking the time to talk to us! You’ve been a part of Gameforge for quite a long time now, with being Head of Localization for more than 14 years. Could you tell us more on how your journey with Gameforge started, and how you ended up where you are now?

Thank you for having me on Womenize! I am very happy to be involved!

Although I have been with Gameforge for more than 14 years as you say, I did not start out as Head of Localization in the first place. I actually joined the company as a working student in the Community Management team, which at the time was actually the team in charge of also handling translations and not only the communities.

As Gameforge continued to grow and developed/published even more and more games, it was decided to have someone taking care of all localization topics. So there I was, helping the company reach new goals as we set out to cover more languages. Soon after, I started building a small team of Localization Managers to handle all the requests for all languages and all games. I also started, together with the game developers, building tools to make the process of game translations easier and less error prone.

When we worked on even more games with more and more content, Gameforge also started to hire internal translators for our primary language selections, but we still kept on hiring freelancers. The team got even bigger, as did the games and word count we needed to translate. Back in 2006 I used to think, “wow, we translated 500 words into 24 languages in a single week” and now we are at “wow, we translate an average of 4 million words per quarter”. The past 10 months, for example, we worked on Swords of Legends Online, our biggest project so far, with around 2 million words being translated into 3 different languages, so around 6 million words in total.

The department now consists of 4 Localization Managers, 17 Translators and 1 Localization Engineer working on 18 different games, in addition to their corresponding publishing content that goes into various channels such as community platforms, customer support sites, and official websites.

There’s more to game localization than purely translating the words. What are other important aspects of the localization process?

Localization itself is never only a “purely translating” content. When translating something, not just games, you need to have some expertise in that field and deep insights into the language and culture of the people who will be delving into the content. You should know something about the context the text appears, who your target audience is going to be, the cultural background of the source just as well as you must then know you should know the purpose it serves for the target, along with several other factors that ensure something is not only understandable, but also enjoyable for local audiences across the world.

The most challenging part can sometimes be understanding the “context”, as the translators mostly only see so-called segments of the whole texts/games at times and with little to no context, it could be really hard to translate certain things and ensure their intended meaning or effect is preserved or enhanced. To see their translation within context/in-game could take some time because it usually needs to be implemented into the game by developers first through the import and export process.

Just a very small example: the English word “free” can be translated as “frei” (free slot/free space) or as “kostenlos” (free of charge) into German. Without any context, or further information, the translation itself would be correct either way but only one is going to fit the context where it is going to be shown in the game.

As I mentioned earlier, culture is also one very important aspect. The translators also need to know a lot about the target audience and their culture in order to adjust or edit texts in a way so it is not going to be insulting for the target audience or even violating any rules/laws in the territories within which a product is published.

Re-creating marketing-related content so it really fits the target audience is crucial. Advertisement and marketing work very differently in different countries/cultures, and so having a better understanding of this helps not only provide quality text, but also deliver efficient translations that supports goals beyond providing immersive and realistic gaming experiences.

For video games it is also important to keep an eye on the length of the text. Not every interface has enough space for as much characters as you would like to have, and so if a translation is longer than the source material, it can “truncate” or extend beyond the margin within which it is meant to exist. This can be extra challenging when you have 3 to 14 languages to consider, but also a lot of fun to find alternative ways to make it work. Much like with voice-acting and audio translations – you want to make sure the words fit not only the time an actor’s lips are moving, but that they can also retain meaning while allowing the pronunciation to fit the shape of the mouth as best as possible. The translator also needs to understand game mechanics for a lot of games to be able to find the fitting words in his/her language.

Some people might be interested in working in video game localization, but are unsure as to how to take the first step in gaining some hands-on experience. Which advice would you give to them?

To gain some hands-on experiences it is a good idea to start playing games in the source and target languages you are going to work with. Even better would be the same game in different languages. This helps to see how different but same two languages can be. A way could also be to be active in their social media/discords/forums and give feedback there, or see what others report.

There are a lot of game companies looking out for interns, working students, and community translators. Those are not always paid jobs, but it helps to get involved and acquire hands-on experience in the field you wish to work in, or at the very least the same industry. When studying Translations, it is good to look for seminars/modules talking about software localization as it is quite similar to games localization from a technical standpoint. Familiarizing oneself with CAT tools (Computer aided translation tools) is also a good start.

Thanks for your time and advice, Sarah!