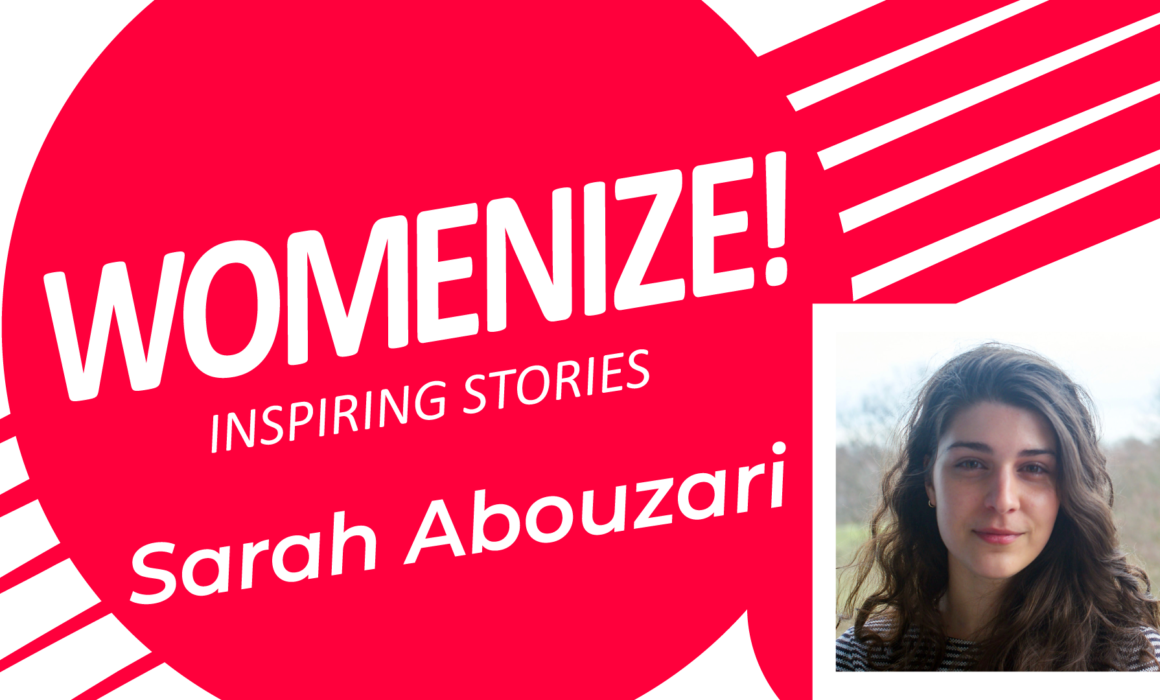 Womenize! – Inspiring Stories is our weekly series featuring inspirational women from games and tech. For this edition we talked to Sarah Abouzari, co-founder of TriTrie Games and software engineer at Twin Drums. Read more about Sarah in this interview:

Hi Sarah, thanks for taking the time to talk to us! Could you tell us a bit more about your journey and how you ended up working in game development?

Thanks to my family, I grew up very tech-savvy. Although my mother did not have much income, she always tried her best to accommodate our needs. So it came about that my earliest memories include playing on the Nintendo Entertainment System with my older siblings.
When I was nine years old, I inherited my brother’s PC and accidentally fell in love with web-design and HTML. Upon request, my brother even provided me with software like Photoshop CS2, which shifted my activities from gaming to media creation even more.
While I never stopped creating digital media, it never occurred to me that this could possibly be my future job. I always thought I should study something like Chemistry or Medicine. But it wasn’t until a year after graduating that I realized that I should have something to do with Computer Science as I’ve had a passion for it for years. So I came across the degree “Digital Games” in Cologne, which made it even clearer to me that video games are not created by magical creatures, but that it is a paying industry. Additionally, I thought that it was the perfect combination of Computer Science and creativity.
Now here I am, working in the games industry and following my childhood passion.

Approximately a year after completing your Bachelor’s degree, you co-founded your own indie game studio. Was it scary to take this huge step?

It was very scary at first as I never imagined being independent and still prefer to be an employee to this day. Fortunately, since the three of us were co-founders, I was the last person to deal with heavy paperwork. My main concern was developing our game as I was the only developer on the team with programming knowledge. So I felt a lot of pressure to deliver an end product that we were happy with.

Even though I knew that there would very likely be a few months short of money, I still decided to be on board to complete a passion project. Immediately after our game was shipped, I suffered from burnout because I had worked through countless weekends and an existential crisis because I had too little money, which is unfortunately very common in the indie industry. However, I was happy that we could finally deliver our game and thought that this should be the end of this journey.

Now I joined a lovely Berlin based Games Studio called Twin Drums to work on the MMORPG title The Wagadu Chronicles.

To some people, programming is still perceived as a profession that is simply not interesting to girls. Have you noticed a change regarding this perception? And which advice would you give to someone who might feel insecure because of this perception?

Growing up it was definitely the case that I didn’t know anyone who was interested in technology as similar to I was. It wasn’t necessarily normal to own your own computer, neither did every household own a gaming console that could encourage girls’ interest in games. For me, stumbling on programming was just a happy accident since I inherited my brother’s old PC. If it wasn’t for him, my mother probably would’ve never gotten the idea to encourage my interest in technology. Neither was my school providing informatics classes that may have encouraged my female classmates.

It was during games studies, that for the first time I met many girls with the same interests as me. However, the majority of female students specialized themselves in Game Arts and or Design. As far as I could observe, this trend didn’t change the following semesters, since the programming specialization track still has very few female applicants. However, I’m still aware of the fact that the amount of female presentation in programming is mainly an issue for developed countries, as the gender ratios look entirely different in developing countries.

I know that programming looks very scary to begin with; one may not know what they’re reading and might think that it’s only for mathematical geniuses. This is not true! If you even have the remote capacity to think logically and love solving puzzles, then you are capable of learning programming. If you are already considering to study STEM subjects such as Chemistry or Biology, then you shouldn’t shy away from programming either. No matter what subject you are learning, the first few months or even years are always the hardest and can be very frustrating. But it’s the persistence that matters to become really good in what you are doing, in all trades. It’s similar to learning a new language; you may understand very little at first, but through active effort and exposure to this language, you will gradually be opened up to its possibilities.

Thank you for your time, Sarah!