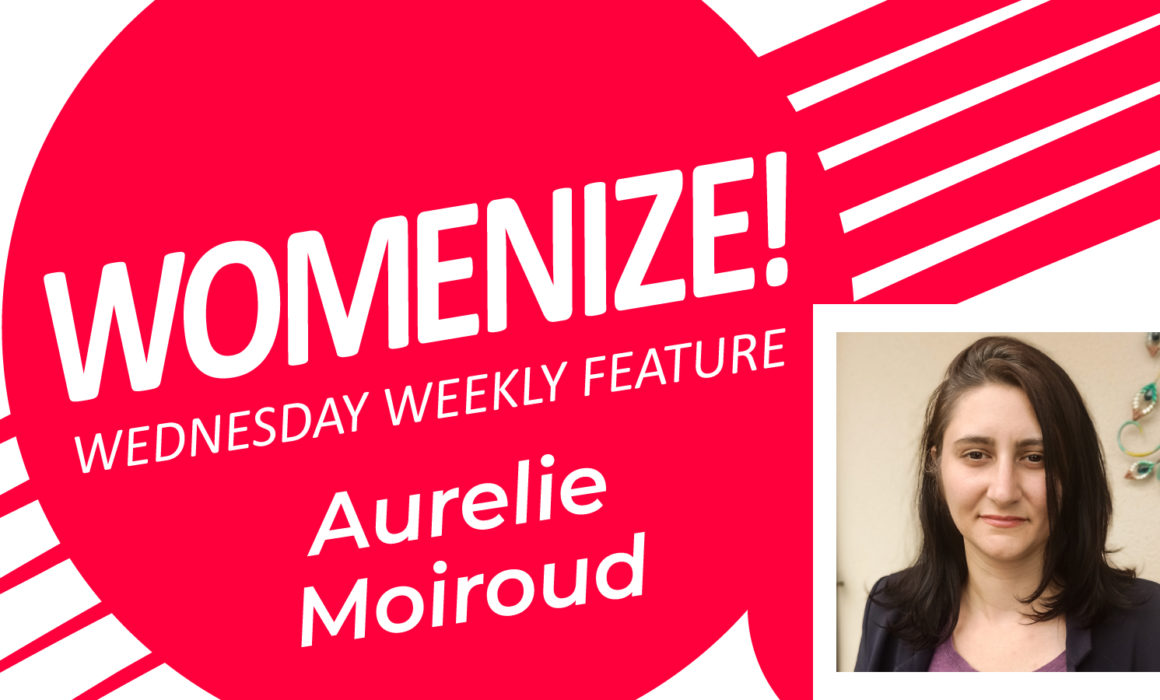 Womenize! Wednesday Weekly is our weekly series featuring inspirational women from games and tech. For this edition we talked to Aurelie Moiroud, who is managing the business side of a newly founded start up, while also being a sound designer, composer and DJ. Read more about Aurelie in this interview: 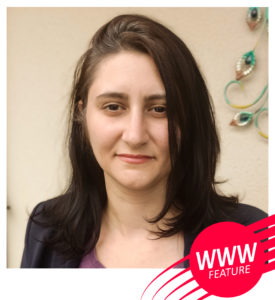 Hi Aurelie! You’ve recently completed your Master’s degree in Professional Practice & Game Development. What was your thesis mainly focused on?

Hi Sophie, thanks a lot for the interview, it is a pleasure to participate in Womenize! Weekly Wednesday. So during the masters, we did not have a dissertation to do. The Master is taught, which means it is based on practice. We had to produce one prototype per semester within a multidisciplinary team. The team was changing each semester. For the first one, the group is small, and you can choose your own story based on words you would have picked in the list the lecturer provided for us. With this team, we did an exploration game prototype with a cat in an abandoned city after a cataclysm. The cat must solve whimsical puzzles to help the other animals in the city. For this game, I did the sound effects and music.

For the second one, we had to pick three briefs, and our lecturer assigned us the one that was a pitch or looked the best to produce. With that one, we did a VR game based on players’ movements. The player is going to a martial art school and has to learn the five basic stances present in most martial arts and reproduce them. He or she can also train with different weapons and a dummy. On this project, I was a producer and sound designer.

The last one was a project within a bigger team (12 people). We had a brief from a client from the game industry. It was a bit like a relationship between an indie game studio and a publisher. We received a lot of useful advice and feedback from our client, too. During this game, I was  a music composer; we were graded on our specific role.

We also had modules with essays of course 🙂

When did you find your passion for music composition and sound design – and what inspires you?

My passion for music composition came while I was a DJ. Initially, I started to compose electronic music tracks (in 2007) as I wanted to make House and Techno tracks. But my friends noticed my music was more for visual contents than dancefloor, which is quite funny for a DJ. In my mid-twenties, I started to play RPGs like Fable, Dragon Age and Mass Effect. They made me discover the importance and impact of music and sound in games on the player.

At that period, I was looking for a change of career. I started to look if there were roles related to audio in the gaming industry. I found sound designer positions were existing in games studios generally and looked at the requirements needed to work in the industry.

To see if I enjoyed doing sound design, I started to work on audiovisual projects like a Christmas Fairy Tale for a kids show, as well as a pilot for a TV series. Thus I looked for training that would allow me to get the skills and knowledge to work professionally. This is how I found the course at a university in Scotland. Since I started my studies in 2015, I compose instrumental and orchestral music.

My inspiration sources are varied. If I compose electronic music, I like to play Mass Effect. It is in the future and in space, which was a theme linked to electronic music in the 60s and 70s and affected me significantly. The set up of this game always inspires me to make new sounds and explore ideas. To create sound design, I also like going for hikes in nature. To get a breath of fresh air. For me, to get inspired, it is vital to listen to the sound of sea, rivers, birds and leaves rustling.

A few international colleagues & yourself are about to start up a new company in the video gaming sector. Would you like to share what this is about?

Yes, for sure! We are Folktales Digital, a team of seven people from six European countries. We are actually in the making of our start-up and our prototype Lost Myths: Sons of Ragnar. Most of us met at Abertay University; some of us worked on previous projects together. I am in charge of the business part of our game studio.

We are creating Lost Myths, a series of VR adventure games, based on myths and legends about ancient civilisations from around the world (we also aim to publish it on PC and console). We are immersing the player in environments, times and places corresponding to the tales. We want people to explore ancient cultures, myths and legends in a novel and fun way. It is also a means for the player to experience everyday life of the era depicted in the game.

For example, in our first game, the player discovers the Saga of Ragnar and his sons at the time where Vikings started to invade England. The players will be able to go through levels like a Viking Village and hall, as well as the coast of Northumbria in England. To advance in the story, they will have to solve puzzles, do quests and interact with the environment. If you’d like to follow our adventures, you can join us here.

Thank you for your time, Aurelie!